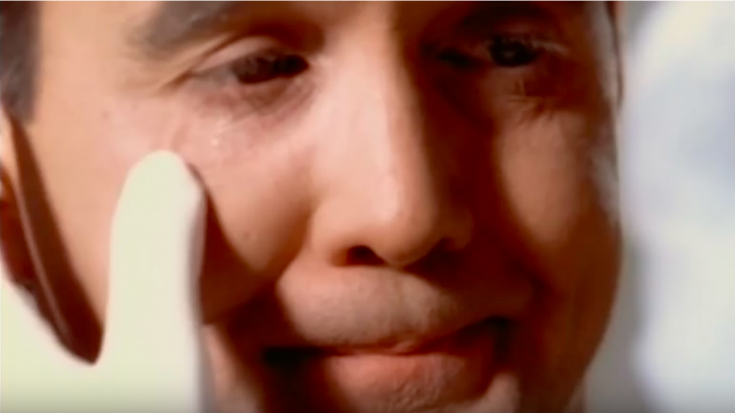 One of the most popular songs of the late ’90s was the tear-jerking tune “Butterfly Kisses.” The song, penned by singer Bob Carlisle, follows the relationship between a father and daughter from birth until the day he gives her away in marriage.

Carlisle wrote the memorable lyrics after looking through some family photos, and realizing that his daughter, who was about to turn 16, would be leaving home in a few years. He recorded the song onto a cassette and gave it to his daughter with no intention of it ever being heard by the public. Carlisle eventually ended up recording the song for his third studio album which sold more than 2 million copies due to the popularity of “Butterfly Kisses.”

During the summer of ’97, “Butterfly Kisses” was also recorded and released by the Raybon Brothers. The duo consisted of Shenandoah frontman Marty Raybon and his brother Tim. The duo introduced the emotional song to country radio and “Butterfly Kisses” where it once again found success. The song won a Grammy for Best Country Song 1997.

Lyrics such as “With all that I’ve done wrong, I must have done something right…to deserve a hug every morning and butterfly kisses at night,” resonated with fathers and daughters everywhere making it one of the most popular wedding songs of all time.

Prepare for a good cry and listen to Marty and Tim Raybon sing “Butterfly Kisses” in the video below.