By Manly Bryant on December 8, 2017
Advertisement 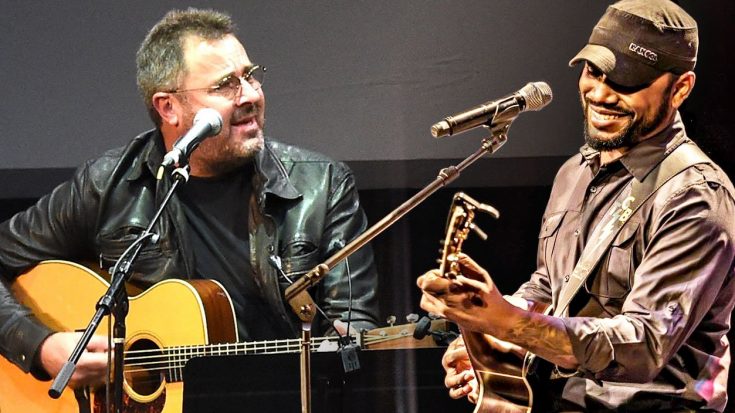 Attending this performance by Vince Gill and The Time Jumpers, country breakout artist, Tony Jackson, got a surprise of a lifetime when Gill called him out of the crowd and welcomed him on stage to sing a true country music classic!

Singing an impassioned tribute to Conway Twitty, Jackson pours his heart out in vaulting notes and cascading melodies through this unforgettable performance of “It’s Only Make Believe” – backed by Vince Gill on the guitar and The Time Jumpers manning a bevy of other instruments.

Twitty’s 1958 chart-topping classic has become one of the foremost examples of treasured country and rockabilly music to come from an era when country was making great strides on the radio.

With just a few slow, strong notes flowing out across the room at 3rd and Lindsley in Nashville, the crowd roared to life in support of Gill’s surprise guest and cheered him on with seemingly-endless energy!

As Jackson explained to Country Rebel, the impromptu performance came after he was speaking with Gill in the green room during a set break. Before he knew it, Gill was at the microphone encouraging him to join the band on stage.

Watch this amazing video below and let us know what you think of Tony Jackson’s rendition of “It’s Only Make Believe” in the comments.