By Jennifer Pernicano on October 11, 2017
Advertisement 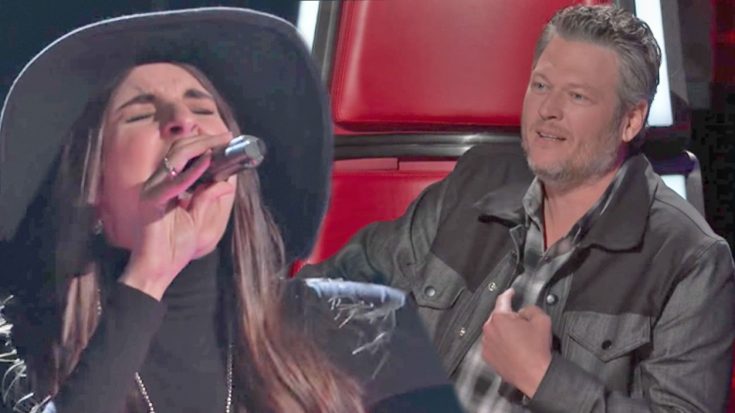 During one of the last episodes of Blind Auditions on The Voice, a self-proclaimed “hippie chick” got three coaches to turn around for her soulful country voice.

Performing Trisha Yearwood’s hit song “Heaven, Heartache, and the Power of Love,” Colorado-native Kristi Hoopes impressed Blake Shelton, Adam Levine, and Jennifer Hudson with her powerful vocals, leaving them to fight over her.

Shelton used his country charm to try to win Hoopes over, even saying that the other two coaches wouldn’t even know who originally performed the song she auditioned with. Levine argued that Shelton doesn’t know any other genre’s songs, so he shouldn’t even be using that argument!

The three coaches went back and forth, with Miley Cyrus even getting involved and saying she should go against the norm and choose Levine or Hudson.

In a Facebook post, Hoopes revealed that she has been singing this particular song at fairs all over her home state since she was just 10 years old, so by auditioning with it, she has really come full circle in her singing career.

Watch Hoopes’ “Heaven, Heartache and the Power of Love” audition below, and find out which coach she chose!