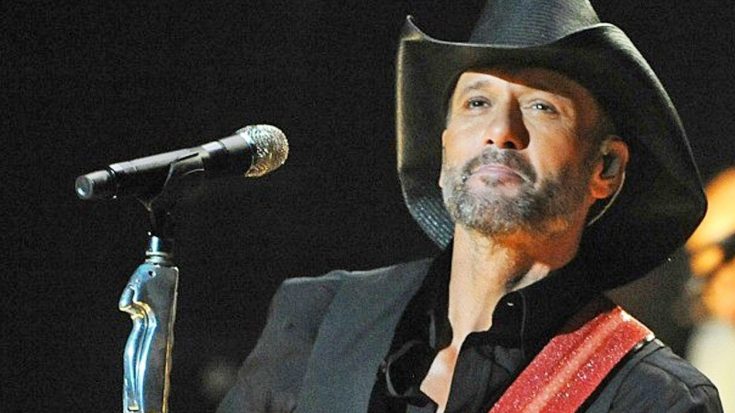 Tim McGraw and Faith Hill are known for their generosity all year round, But, this year the country music couple decided take their giving out-of-the-box just in time for Christmas.

With the help of Tim McGraw’s mom, some lucky WalMart shoppers in Florida got the surprise of a lifetime when they received texts saying that their layaways had been paid in full. When the surprised patrons showed up at the store to pick up their items, they were given a Christmas card that read, “Merry Christmas, from Tim McGraw and Faith Hill.”

In total, the couple paid off $5,000 worth of layaways at a Baker County, Florida, WalMart. McGraw’s mom, Betty Trimble, went into the store on her son’s behalf to deliver Christmas cheer by paying off the layaways.

Macclenny Walmart management confirmed Tuesday that McGraw’s mother, who lives in the Baker County town, went into the store on her son’s behalf and paid off $5,000 worth of layaway bills.

One Walmart shopper named named Jessica Lumpkin received a card with $30 cash, even though she didn’t have anything on layaway.

“I didn’t have anything on layaway, was just picking up a package and she gave me this,” she told Action News Jacksonville. “I’ve never had this happen to me. I’m glad I call Baker County my home.”

Tim McGraw and Faith Hill are gearing up for their third tour together set to kick off in 2017. The Soul2Soul World Tour is currently scheduled for 70 cities around the globe. After their latest generous act, they may want to consider changing the name of the tour to the “Humble & Kind” Tour in honor of McGraw’s latest mega hit, a song he obviously takes to heart.