By Miranda Raye on September 14, 2017
Advertisement 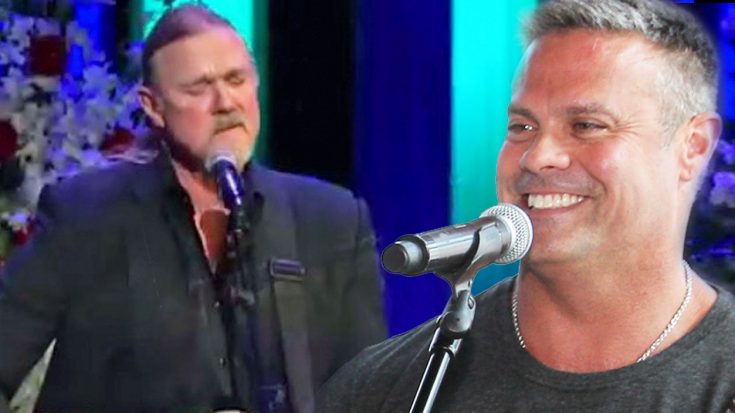 On Thursday (September 14), the country music community gathered together to pay tribute to Troy Gentry during his celebration of life service at the Grand Ole Opry. The service was full of stories from Gentry’s many friends, as they spoke of his faith and his love for his family.

Others honored Gentry through song, as artists such as Little Big Town, Vince Gill, and Charlie Daniels took to the stage to sing some of his favorite songs. Many of these artists knew Gentry on a personal level as well, and shared a close relationship with him.

One such artist was Trace Adkins, who toured and performed with Montgomery Gentry in the past. As GAC Headline Country host Storme Warren said, Adkins and Gentry were “longtime friends.“

Adkins removed his hat and spoke to the crowd before he began to sing. He shared how much it meant to him to be able to honor Gentry in such a way.

“Any time I ever shared this stage with Troy it was a privilege,” he said. “Today’s no different, I’m privileged to be here to pay my respects to a good man.”

After that, Adkins moved right into an acoustic performance of the song “Wayfaring Stranger,” which he recorded for his 1997 album Big Time.

Traditionally called “The Wayfaring Stranger,” the song is a well-known gospel tune dating back to the early 19th century. Adkins helped create a new arrangement of the song for Big Time, and his version is one of the most well-known.

We’re sure there wasn’t a dry eye in the room once Adkins finished singing. Grab a box of tissues and prepare yourself for his moving performance of “Wayfaring Stranger” below.

Our thoughts and prayers remain with Gentry’s family and friends during this difficult time.

@TraceAdkins beautiful performance at the #TroyGentry Celebration of Life. Appreciate every day you have pic.twitter.com/4k77mOP1Q5