Trace Adkins Teaches Fans How He Folds His Cowboy Hat 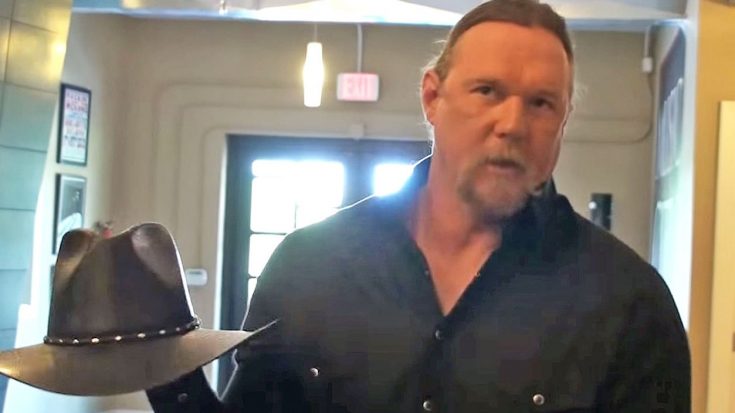 Sign up for the Trace Adkins online community for tour updates, pre-sale codes and more!

Believe it or not, the act of bending a cowboy hat to look like Adkins’ is a true art form. Well, maybe not, but it still isn’t as easy as it looks.

Back in 2010, Adkins decided to help his fans out by filming an instructional video on how to bend cowboy hats like he does. Finally, fans could learn how to achieve that perfect cowboy look, courtesy of one of their favorite country music singers.

Adkins said he has a specific style of hat that he likes to wear, but luckily for you, his hat bending trick works with almost any style. “You can do it with any hat I guess, as long as it’s got wire in the brim,” he said.

Then, Adkins proceeded to explain how he bends his hat to get the “distressed” look he’s become known for. He turns the hat upside down, and starts by bending the sides at the front of the hat up into a curve.

Since Adkins doesn’t like his hat to be wide in the back, he also bends that part to give it a more compact shape.

We’ll let Adkins explain the rest to you in the video below! Before you know it, you’ll be sporting a hat that looks just like his.