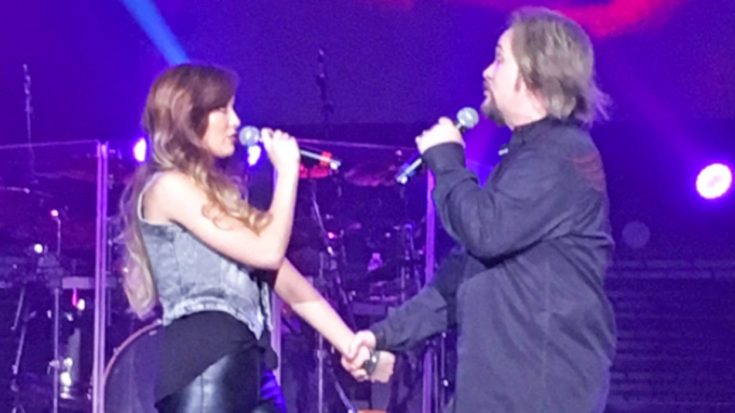 In 2013, Travis Tritt released a dazzling duet with his daughter, Tyler Reese Tritt. They remade the Patty Smyth and Don Henley hit “Sometimes Love Just Ain’t Enough” and the video has over 5 million views on YouTube!

Occasionally, Tritt’s 19-year-old daughter will stop by her dad’s shows and sometimes even open some of his shows for him! When she is on the road with him, they always perform their duet together, which the audience goes wild for.

Performing at their Atlanta, Georgia concert at the Cobb Energy Centre, the father-daughter duo amazed fans with their incredible duet, which Travis posted on his social media accounts.

“I’m always thrilled to get to sing with my daughter Tyler Reese Tritt! She did such a great job in front of the hometown crowd last night!” the proud dad captioned the video.

Travis started the song off solo, but when Tyler came in with her powerful vocals, she earned a huge round of applause from the audience. They continued to trade off lyrics before joining together in perfect harmony for the chorus while holding hands.

Tyler is currently pursuing a career in music, and we love that her dad is doing everything he can to help showcase her talent! Watch them perform “Sometimes Love Just Ain’t Enough” in the clips below.

I'm always thrilled to get to sing with my daughter, Tyler Reese Tritt! She did such a great job in front of the hometown crowd last night!