By Jennifer Pernicano on March 20, 2017
Advertisement 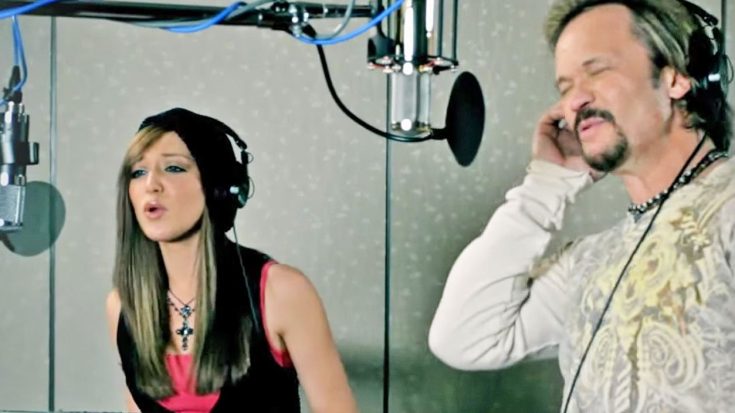 Looks like talent runs deep in the the Tritt family!

A toast on New Year’s Eve from our home to yours. Have a happy, healthy and blessed 2019!

Growing up in a house where your dad is a country music star, it seemed inevitable that one of the Tritt children would show a passion for singing. At an early age, Tyler was already showing signs that she has what it takes to follow in her father’s footsteps.

At this moment…. my parents realized I probably wasn’t going to college!? #throwbackthursday

Tyler occasionally joins her dad on stage, proving that she has inherited some of his musical talent. The two joined forces in the recording studio one time, resulting in the creation of a beautiful duet.

The father-daughter country duo stepped into the booth for a beautiful duet of “Sometimes Love Just Ain’t Enough” by American singers Patty Smyth and Don Henley. Tyler Reese performed with absolute grace and the same Tritt skill and vocal talent you hear in her father.

“It makes a sound like thunder, it makes me feel like rain,” the two harmonized together. “There’s a reason why people don’t stay who they are. Baby, sometimes love just ain’t enough.”

Watch the endearing father-daughter duet in the video below and be sure to let us know what you think in the comments!