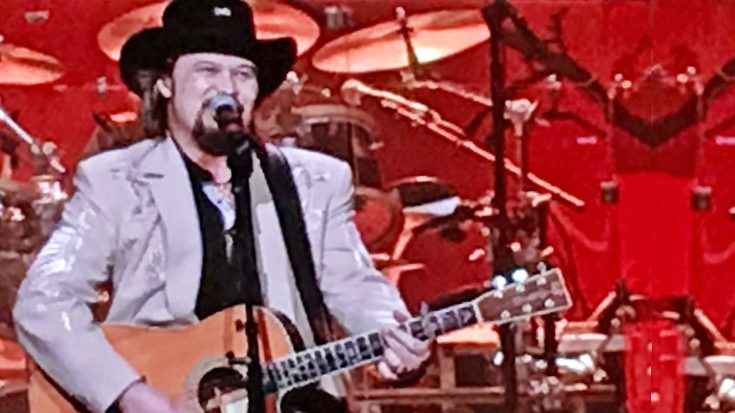 Travis Tritt was amongst the 30 artists to take part in the Randy Travis tribute concert that took place at Bridgestone Arena in Nashville, Tennessee Wednesday night (Feb.9).

Some of the biggest names in country music gathered to celebrate the career of the music icon and his lasting impact on the genre at the event rightfully coined 1 Night. 1 Place. 1 Time: A Heroes and Friends Tribute to Randy Travis. In addition to Tritt, Chris Young, Kane Brown, Kenny Rogers, Alabama, Josh Turner, and many other took the stage.

Tritt goes on to tell the story of when he first met the country singer back when they initially became “label mates” at Warner Brothers, conveying how “honored and privileged” he felt to be on the same label as someone as impactful on the country music world as him.

Once his speech wrapped up, Tritt delivered a killer cover of Travis’ 1991 hit “Better Class of Losers.” After his performance came to a close, Tritt left the stage to give Travis an emotional embrace.