By Jennifer Pernicano on March 13, 2018
Advertisement 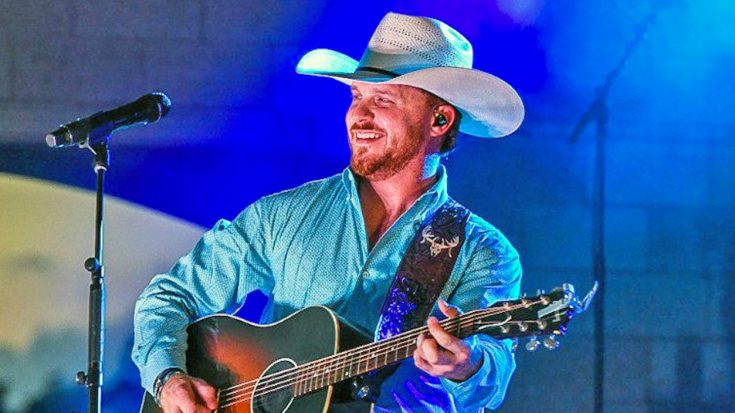 For the very first time in history, an unsigned artist sold out RodeoHouston, which takes place at NRG Stadium from February 27 – March 18.

Johnson’s headlining concert was on Saturday, March 10 and he completely sold out the arena! According to Chron, his show “drew 74,177 paid attendance,” which is more than any other artist this season, except Garth Brooks, who headlined on February 27 and will close out the rodeo out March 18.

This is Johnson’s second year in a row performing at RodeoHouston. He was a last minute fill-in in 2017 when the band Old Dominion had to drop out. The crowd didn’t mind though – they loved him!

RodeoHouston knew they had to bring him back after he rocked his performance last year. Watch him get emotional at his 2017 RodeoHouston performance when the crowd was singing along to his song “Texas Kind Of Way” below.

Johnson carried this momentum to his show this year, which made him the very first unsigned artist to sell out RodeoHouston.

He showed his gratitude towards his fans on Twitter later that night.

“Houston, biggest show of my life all thanks to y’all! Can’t begin to express what it means to be the first unsigned artist in history to sell out RodeoHouston at NRG…thanks for a night I’ll never forget,” he wrote.

Houston, biggest show of my life all thanks to y’all! Can’t begin to express what it means to be the first unsigned artist in history to sell out @RODEOHOUSTON…again, all because of y’all. Thanks for a night I’ll never forget #CoJoNation! pic.twitter.com/5X4fgfqFZ1