Video For Hank Jr.’s ‘Everything Comes Down’ Is Perfect Medicine For All Who Have Loved & Lost 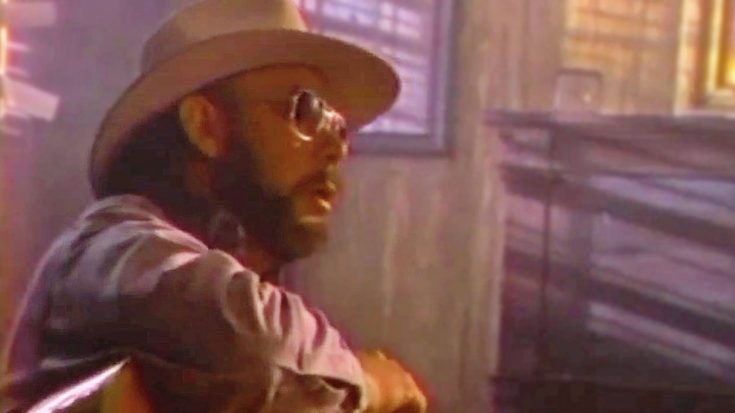 It has always been said that country music is the one genre that accurately captures the real-life feelings of real-life people. That’s certainly true in the case of many songs, as their focus on common topics and themes make it easier for more people to connect to them.

There are two things that almost everyone has struggled with in life: money and love. Both of these topics are frequently addressed in country songs, especially the latter. But Hank Williams Jr. sang about how both things are connected in his relatable song “Everything Comes Down to Money and Love.”

While Hank Jr. often writes his own songs, he didn’t have a part in the creation of “Everything Comes Down.” That credit goes to songwriters Dave Loggins and Gove Scrivenor.

The song is narrated by a man who has struggled with both the financial and romantic aspects of his life. He has fallen into hard times in terms of money, and although he tries to find a job, he is unlucky.

In addition to his financial hardships, the man is also longing for the love of a woman in his life. He sings of past lovers, saying that he’s “used to having a woman around.” Without someone special to spend his time with, the man feels emotionally worthless as well. As Hank Jr. sings:

“I’ve got a lonely heart, two open arms, and a pillow I never use. I know it ain’t much to offer but it’s the best I can do.”

Since “Everything Comes Down” was a single, Hank Jr. filmed a music video to go along with it. The video is fairly simple, but manages to capture the emotions behind the song without all of the dramatics.

The video shows Hank Jr. sitting in a dim room while he plays his guitar and sings. As he looks off into the distance, the camera turns to focus on two actors playing a couple, with the man presumably playing a younger version of Hank Jr.

At first, the couple seems happy and madly in love with one another. But the rift in their relationship eventually shows, and the man is left alone with nothing but his memories to hold on to at night.

These scenes sometimes play next to footage of Hank Jr., as if he’s thinking about those past moments in the present day. Overall, the video takes on a reflective tone, and depicts common struggles that many members of Hank Jr.’s audience are likely familiar with.

If you’ve ever loved and lost anyone or anything in your life, Hank Jr.’s video for “Everything Comes Down” may be the perfect medicine for you. Go ahead and watch it in the clip below.

We’ve seen plenty of Hank Jr. videos in our day, but this has to be one of his best.