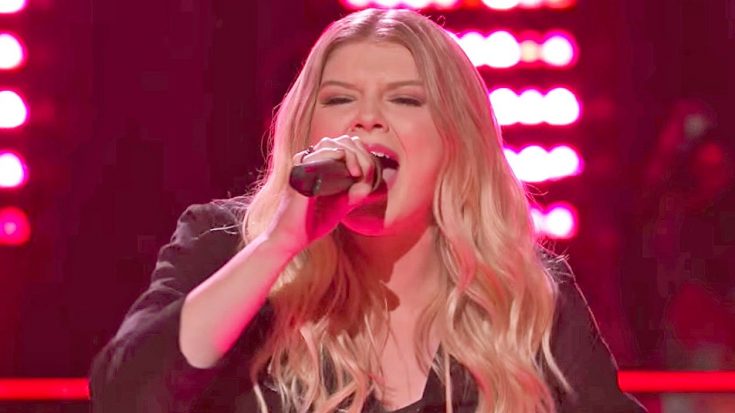 Megan Rose started out her journey on The Voice as a member of Team Miley. Following her blind audition performance of Bobbie Gentry‘s “Ode to Billie Joe,” Rose made Voice history by making Cyrus’ team the first all-female team to ever be on the show following the blinds.

Once the battles rolled around, Cyrus paired Rose with Ashland Craft on Waylon Jennings‘ “Good Hearted Woman.” Craft ended up winning the battle, and Rose was stolen by Blake Shelton.

Rose found herself right at home on Shelton’s team, which is full of talented country singers. One such singer is Red Marlow, who Rose faced off against during the knockout rounds.

The song gave Rose ample opportunity to show off some personality, and that’s exactly what she did. Her stage presence was strong, proving that she has the confidence necessary to be a performer one day.

“Smoke Break” also allowed Rose to showcase the range and power of her voice. While she had some shaky moments, others were downright impressive. Take the last note for instance…she belts that thing out with some intensity!

Unfortunately, that killer final note wasn’t enough to save Rose from elimination. Shelton decided to keep Marlow on his team instead, and Rose was sent home.

Although her time on The Voice may be over, we have a feeling this won’t be the last we’ll hear from Rose!