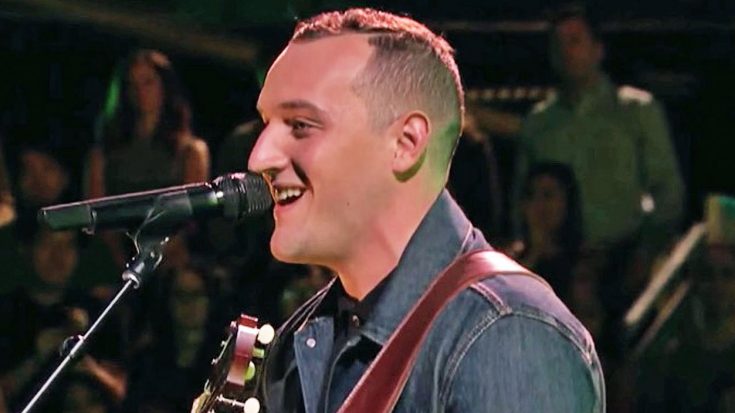 Monday night (October 31) concluded the knockout rounds of The Voice, meaning those who have made it this far now get to move into the live shows. The final knockout rounds left the coaches with some tough choices to make, particularly Miley Cyrus.

But after hearing Aaron Gibson’s sultry version of Thomas Rhett‘s smash hit “Die a Happy Man,” Cyrus’ choice between him and Josh Halverson was made that much easier. Gibson switched up the style of Rhett’s song, making it sound more like rock and pop than the original version. It was a risk to make such a change, but it paid off.

Gibson played a lot with his volume during the performance, oftentimes singing in a near whisper. This gave him the oppertunity to show off the natural raspiness to his voice, and gave the song an alluring vibe.

At one point near the end, Gibson brought his voice out of his whisper and burst into an explosion of sound. We’re sure that moment had plenty of people saying “wow!” when they heard it.

The coaches were all smiles throughout Gibson’s performance, and it was clear he had charmed his way into their hearts. He certainly won over his coach, since Cyrus ended up selecting him as the winner of the knockout round he competed in.

Halverson was luckily snatched up by Alicia Keys, who used her steal to welcome him to her team. Tune in below to watch Gibson’s performance and let us know if you think Cyrus made the right choice!