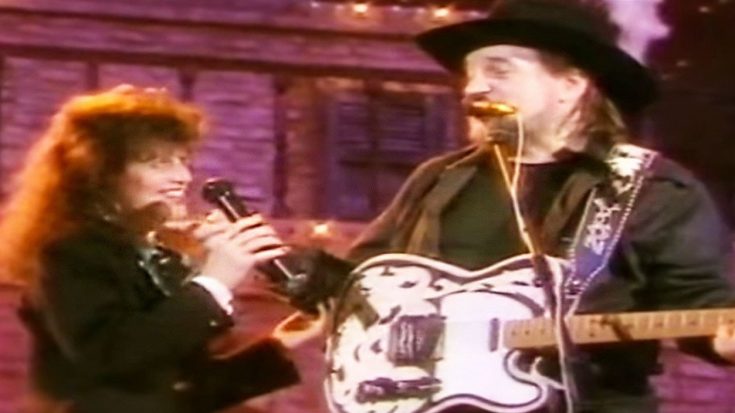 Country music legend Waylon Jennings took his eager audience by storm when a southern beauty joined him onstage for a thrilling performance of Elvis Presley’s iconic hit “Suspicious Minds”.  Performing for a packed venue, Jennings stood before a makeshift saloon as he began to croon the lyrics, “We’re caught in a trap I can’t walk out/ Because I love you too much baby.”

Suddenly, the saloon doors opened and country icon Jessi Colter made her way to the legend as she vibrantly sang, “Why can’t you see/ What you’re doing to me/ When you don’t believe a word I’m saying.” The two singers were nothing short of heartwarming smiles and playful emotions as their audience erupted into a striking applause.

The country icons not only gave an incredible performance, but played the admirable roles of two lovebirds enjoying their coveted opportunity for a sweet duet! While the tune was originally a smashing success for rock and roll icon Elvis Presley, it was the 1970 rerecording by Colter and Jennings that revamped the song and landed it directly into the hearts of country music fans.

You can watch the unforgettable performance below!