By Miranda Raye on December 22, 2016
Advertisement 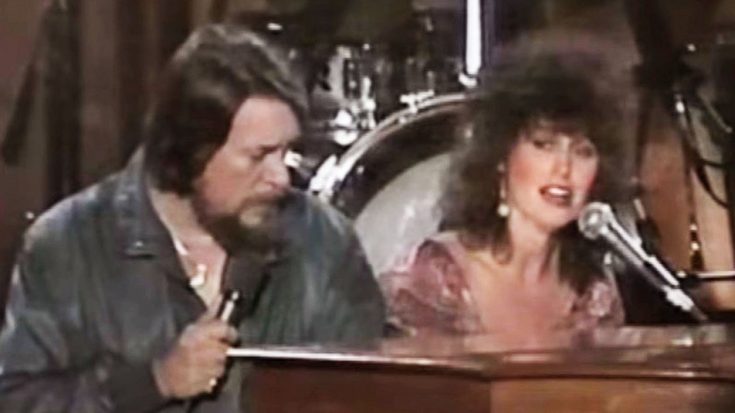 If you were to go through a list of country music spouses and name the “power couples,” then there’s one outlaw couple that deserves the distinction. That couple is Waylon Jennings and Jessi Colter, who were both major country music stars and pioneers in the outlaw subgenre.

Jennings and Colter met and married in 1969, and remained together until Jennings’ death in 2002. They share one son, Waylon Albright “Shooter” Jennings, who is a country music singer as well.

It wasn’t uncommon for Jennings and Colter to collaborate both on the stage and in the recording studio. Along with Willie Nelson and Tompall Glaser, Jennings and Colter became the first country artists to have a Platinum-certified album with Wanted! The Outlaws. The couple later collaborated on a series of duets, including the iconic “Storms Never Last.”

During the Christmas season in 1983, Jennings and Colter decided to sing a different duet for their fans. They took a seat together in front of a piano, and Colter started playing the accompaniment to the treasured Christmas classic, “Silent Night.”

Jennings sang through the first verse alone, pouring heartfelt emotion into each word. Then Colter got her chance to shine on the second verse, which she conveyed with great passion.

As Colter neared the end of her verse, Jennings joined her and started to sing along. The sound of Colter’s powerful voice mixed with Jennings’ hushed, raspy tone produced a one-of-a-kind sound that will give anybody chills.

Go ahead and watch Jennings and Colter’s peaceful duet on “Silent Night” in the video below. You’re sure to agree that they did a beautiful job at capturing the Christmas spirit in their performance.