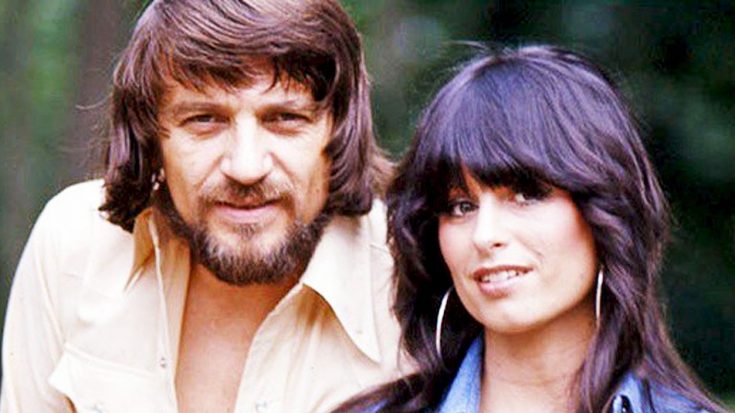 Few women have been able to successfully break into the outlaw country genre. But Jessi Colter did just that, and she paved the ground for other female artists to follow in her footsteps.

Colter made history when she collaborated with Willie Nelson, Tompall Glaser, and Waylon Jennings on the 1976 album, Wanted! The Outlaws. The album became the first country album to reach Platinum certification for the sale of one million units.

But Colter and Jennings weren’t just collaborators. The two outlaw royals were married, and had been for six years when Wanted! was released.

Jennings and Colter worked together on many other occasions throughout the years. The two recorded the iconic duet “Storms Never Last,” which Colter continues to perform at her concerts.

It’s no secret that Colter and Jennings faced their fair share of storms over the course of their marriage. Jennings struggled with addiction early in their marriage, and the couple almost split as a result.

Jennings was finally able to break free from his struggles in 1984, when he quit using cocaine for good. As cited by Gregg Weatherby in his 1988 journal publication, “Still Waylon,” Jennings quit cocaine for the sake of his son with Colter, Shooter Jennings.

Despite all of the hardships they faced, Colter and Jennings remained together until Jennings’ death in 2002. Now, Colter is opening up about her life and marriage in a new book, set for release on April 11, 2017. The book, titled An Outlaw and a Lady: A Memoir of Music, Life with Waylon, and the Faith That Brought Me Home, will focus on multiple subjects. For starters, it details the journey Colter traveled in order to establish herself as the leading lady in outlaw country.

Of course, Colter’s marriage to Jennings plays a large role in her story. The new book will offer a glimpse into troubles they faced and how they were able to overcome them thanks to faith and love.

Colter and Jennings proved that “Storms Never Last” when you have an unbreakable love like theirs. Watch them sing their romantic duet together in the clip below.

Who else is excited to get a copy of Colter’s memoir? We can’t wait to read it!