By Manly Bryant on April 16, 2018
Advertisement 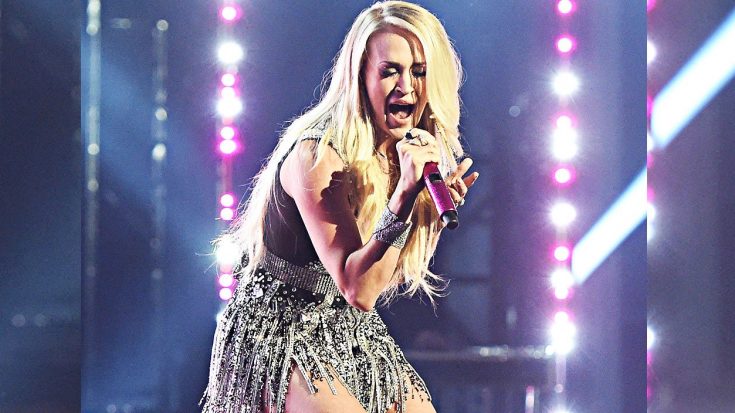 Debuting not only a brand new song but also a fresh look at her face after enduring a nasty fall that required 40-50 facial stitches – fans have spoken out on Carrie Underwood‘s “new face.”

In November, Underwood fell down outside her Nashville home and not only broke her wrist but suffered an injury to her face that required extensive medical care.

For the last several months, Underwood has not posted photos of her full face on social media and shared with fans that her accident left her “not quite looking the same” – so folks were looking for any noticeable change during her performance at the 2018 ACM Awards.

Always be yourself. Unless you can be @carrieunderwood. Then be Carrie Underwood! #ACMawards #CryPretty pic.twitter.com/32n0QJ1FLD

A letter sent to her fan club just before the debut of her new single, “Cry Pretty,” Underwood said that she was almost completely healed from her injuries.

“Physically, I’m doing pretty darn good these days!  My wrist is almost back to normal, about 90% there…and the docs say that last 10% will come in time.  And my face has been healing pretty nicely as well.  I definitely feel more like myself than I have in a while.”

While she has expressed that there might be some differences when fans see her again, many people took to social media expressing their opinions of her “new face.”

Carrie Underwood for the last 6 months: y’all, my face looks so different!

What do you think of her new appearance? Tell us in the comments and watch some clips from last night’s show below.