By Jennifer Pernicano on July 27, 2017
Advertisement 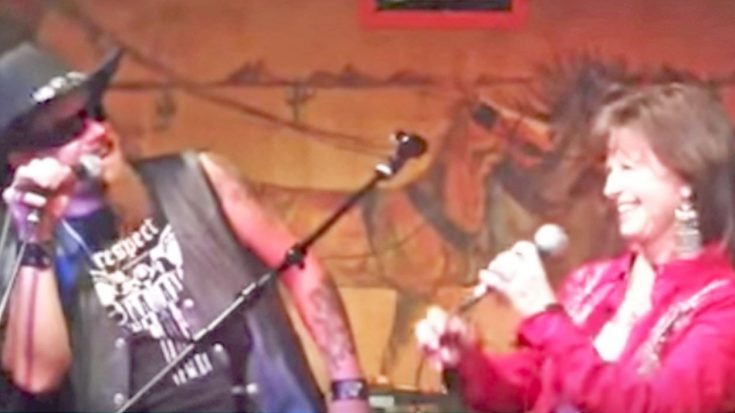 Growing up with the last name Jennings, this up and coming musician had a lot to prove.

His grandparents are outlaw country icons Waylon Jennings and Jessi Colter, and began going to their shows at a very young age. Seeing the magic they produced on stage inspired Whey Jennings to become a musician himself.

Today is Jessi's birthday!Y'all ready to leave some Happy Birthday messages to the First Lady of Outlaw Country in the comments?

In fact, according to his band’s Facebook page, right after watching Waylon and Jessi sing their iconic duet “Storms Never Last”, his “Grama Jessi” set her mic down on the stool and exited the stage.

Without hesitation, Whey grabbed her microphone “and began singing ‘Mama’s [sic] Don’t Let Your Babies Grow Up To Be Cowboys’.”

His “Grampa Waylon” picked up his guitar to accompany him and in that moment, Whey fell in love with music. Many years later, Waylon is now gone, but Whey works hard on keeping his legacy alive.

In this 2015 performance, Whey and his band, The Unwanted, were playing a show and his Grama Jessi was in the audience. Of course, he had to bring her up to sing that iconic duet that has contributed to his love of music.

Jessi sweetly looked at her grandson throughout the entire duet, and it melted our hearts. When the duet was over, she told the crowd, “I’m so proud of my boy!”

Watch their heartwarming duet below.