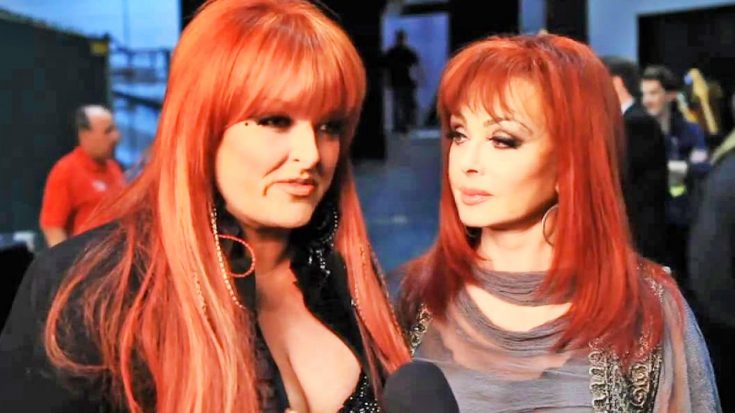 Just days after the groundbreaking interview with her mother was released, this country superstar is speaking out about her mom’s statements.

In the interview with Good Morning America and Robin Roberts, the matriarch of the Judd family, Naomi Judd, exposed her years-long battle with depression, anxiety, and the complications stemming from that.

Through the interview, she explained how her relationship with daughter Wynonna Judd had healed some, but stated that they are “still a little estranged”.

“I love her but there are just times we need a break from each other…And that happens with mother, daughters. If she sees this, and I hope she does, ’cause the smartest thing is for all of us to feel known, no matter what’s goin’ on. Be truthful. I think she’ll say, ‘Good for you, Mom, for finally being willing to talk about the bad stuff.'” Naomi told Roberts about her current relationship with Wynonna.

But, while her mom has used a very particular word to describe their relationship at this point in time, Wynonna took to social media and disputed the fact that they are “estranged”.

Funny, I was just with her last week & I’m now reading that this week we are estranged. Gosh, I didn’t know! Wow. #That‘sShowBiz https://t.co/vKGTiTaZLO

For a long time the two famed country stars of the legendary duo, The Judds, have had a publicly-strained relationship, but it appears to have gotten better, so many were surprised to hear that the mother-daughter-duo were “estranged”.

Wynonna continued on the topic, responding to a fan what really was going on behind the scenes between she and her mother, Naomi.

I Tour a lot. We are physically apart more these days. Perhaps a different word would have cleared this whole thing up. Her words not mine. https://t.co/AtcmSfv8nb

Watch the full interview between Naomi Judd and Robin Roberts below and let us know what you think in the comments.