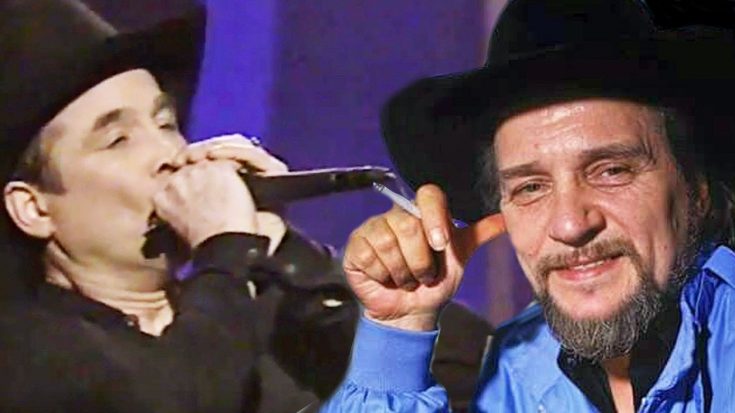 Like so many country fans, Clint Black grew up listening to Waylon Jennings. After becoming an artist himself, Black got the opportunity of a lifetime when he was able to record a song with the country legend.

The song was a reinvented version of one of Jennings’ classic hits, “Are You Sure Hank Done It This Way.” Written by Jennings and released as a single in 1975, the song references Hank Williams and how much of an influence he had on country music.

At the same time, the song serves as a slight critique of the popular country music at the time. While Jennings acknowledges the success of those songs, he points out that Williams achieved such success without all of the glitz and pop influence.

Jennings joined Black in a duet on the song, which was released on Black’s 1999 album D’lectrified. After Jennings passed away, Black performed the song in his honor during his appearance on the television show By Request. And let us tell you folks, that performance was one for the books.

As if Black’s vocal talent was enough, he also showed off his skills a harmonica player. Black’s version of the song has longer instrumental parts than Jennings’, giving him plenty of time to wail away on the harmonica.

This performance was a guaranteed recipe for success. It’s a Jennings cover, Black is singing it, and there’s a harmonica involved. What’s not to love?

Head down below to watch Blacks’ energized performance of “Are You Sure Waylon Done It This Way.” Now this is how it’s done!