You Won’t Be Able To Get Hank Jr. Off Your Mind After Watching This Performance Of His #1 Hit 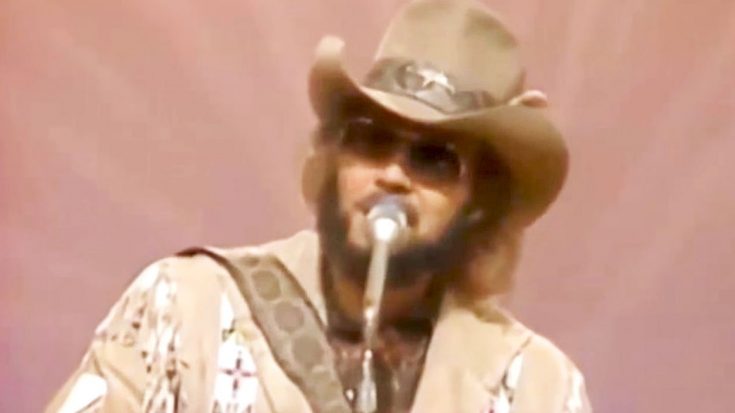 Hank Williams Jr. has recorded many a hit in his day, but there’s one song that no country fan can ever forget once they hear it. That song is “Dixie on My Mind,” which Hank Jr. released as a single in 1981.

“Dixie on My Mind” was the second single Hank Jr. released off his his Top 10 album Rowdy. He served as the sole songwriter on the track, which is about the feelings a country boy experiences after making a move to the big city.

After hearing so much about New York City, Hank Jr. sings of going there to see what it’s all about. But once he arrives, he realizes that it is drastically different from the South. As he sings, “All I’ve seen so far is one big hassle. Wish I was camped out on the Okeechobee.”

Despite his desire to go back home, Hank Jr. sings that he is unable to do so. He comes to develop a further dislike of the city, and is left with memories of “Dixie” playing through his mind.

Since “Dixie on My Mind” is one of Hank Jr.’s signature songs, you can bet that he plays it live as often as he can. That was especially the case in the more immediate years following the song’s release.

An undated clip shows Hank Jr. singing “Dixie on My Mind” during an appearance on the country music variety show “Pop! Goes the Country.” As always, Hank Jr. issued an energetic performance packed full of personality.

Even though the performance lasted for a little over two minutes, it will stick with you for much longer. In fact, we wouldn’t be surprised if you find yourself unable to get Hank Jr. off of your mind for a while once you’re done!

Tune in below to check out the top-notch clip of Hank Jr. singing “Dixie on My Mind” way back in the day. We could never get sick of watching it!