By Miranda Raye on October 14, 2022
Advertisement 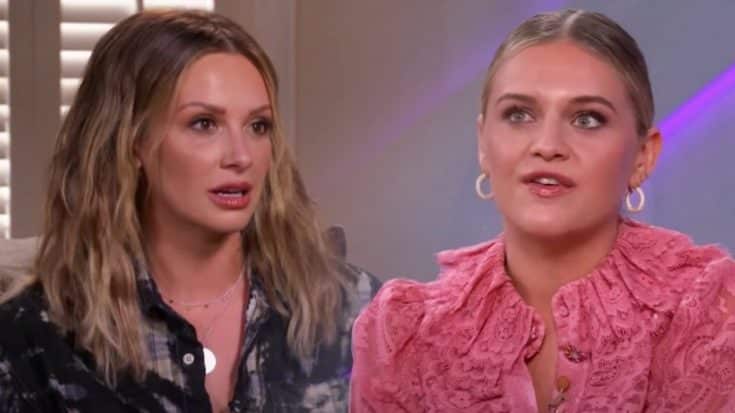 Carly Pearce and her ex-husband, Michael Ray, divorced in 2020 after eight months of marriage. So Pearce knows exactly what her good friend Kelsea Ballerini is going through right now.

Ballerini announced in August that she and her husband Morgan Evans are divorcing after nearly five years of marriage. She said:

Pearce and Ballerini both attended the CMT Artists of the Year ceremony on Wednesday (October 12). Entertainment Tonight spoke with Pearce at the event. During the interview, Pearce shared how she’s been supporting Ballerini in the wake of her divorce.

“Kelsea was there for me through mine,” she said. “I’m there for her through hers.”

The singer also spoke about her new collaboration with Ballerini and Kelly Clarkson, a song titled “You’re Drunk, Go Home.” The song appears on Ballerini’s newest album, Subject to Change.

“Kelsea’s a really good friend of mine and she texted me over the summer and she said, ‘Hey, I have this song. Would you be interested in doing it with me?’ and I listened to it once, and was like, ‘I’m in,'” Pearce said.

Carly Pearce is right by Kelsea Ballerini’s side in the wake of her divorce from her husband, Morgan Evans.https://t.co/ryTU7siz80

Ballerini also told Entertainment Tonight how Pearce has been there for her during this phase of her life. She’s also received support from Clarkson, who finalized her divorce from Brandon Blackstock earlier this year.

“I mean, obviously, like, when we were recording the song, things were different,” Ballerini said. “Like I said, we’re friends in real [life] and so that’s the thing about that. You see us when we’re, like, glittery and when we’re, like, doing red carpets and stuff, but we have real-life conversations. So it’s really nice to be able to have people that are my peers and heroes that I can go to for, like, music advice and also life advice.”

You can listen to Ballerini, Pearce, and Clarkson’s “You’re Drunk, Go Home” in the clip below.