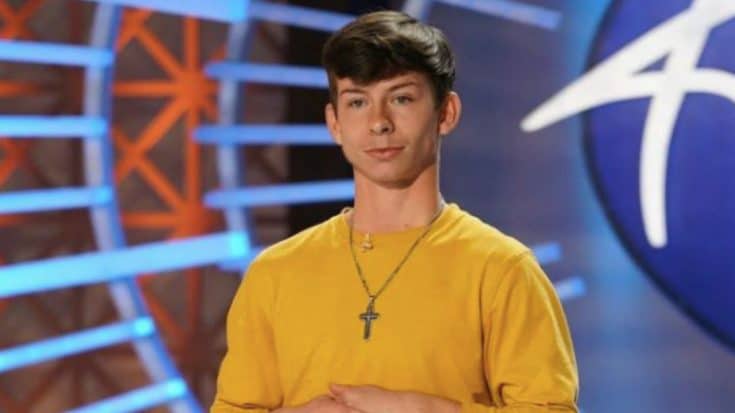 The new season of American Idol is in full swing and auditions thus far have not disappointed. Sunday night’s episode was no exception as we got to see the audition of Cecil Ray Baker, a country artist whom Katy Perry called a “country Justin Bieber.”

Prior to his audition, Cecil Ray shared his story and the reason he chose to take a chance on American Idol. The 20-year-old dad of one shared that he grew up in poverty and experienced numerous losses in his life, including the deaths of a friend, a brother and an uncle to suicide.

“There were times I felt like giving up, but the only light in the dark was music,” Cecil ray said. “My plan in life is to give my daughter the best life that I never had.”

He stood in front of the Idol judges full of energy and ready to share his talent. The Round Rock, Texas, native covered “Talking Tennessee” by Morgan Wallen and blew the judges away.

“I think you are absolute perfection. Your voice is distinctive and really good enough to do well in this competition. You may be the best in the male country music slot,” Luke Bryan said.

“You are a fireball. You remind me of a country Justin Bieber. He has sold a couple of records,” Katy Perry said.

The judges voted unanimously to send Cecil Ray Baker through to Hollywood week and we can’t wait to see how far he goes in this competition! Watch Cecil Ray’s audition in full in the video below.