By Jennifer Pernicano on March 10, 2021
Advertisement 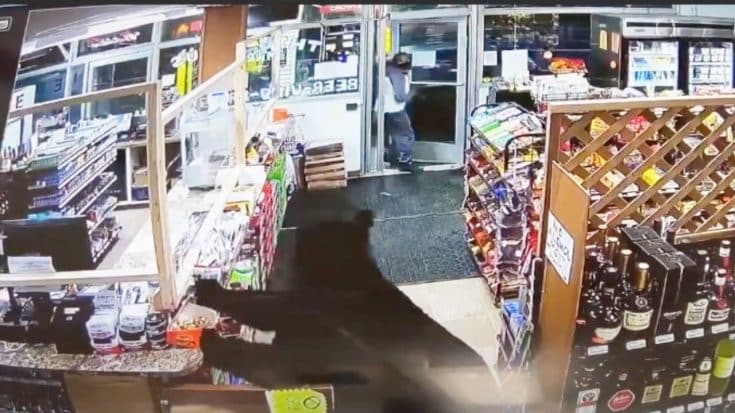 Thibodeau’s Liquor Store employees couldn’t believe what happened to their store and lucky for us, their security camera captured it all on tape.

The incident involved a black bear, and it’s definitely not the first time we’ve seen a bear wreak havoc on a populated area. Several years ago, a brown bear almost walked straight into this suburban house when the owner and the animal crossed paths and scared each other.

Another similar incident took place in 2014 when a couple named Bill and Irene didn’t notice a bear on their porch as they were leaving the house.

Well this particular incident took place on a normal day in Juneau, Alaska. A black bear cleared out Thibodeau’s Liquor Store when it decided to go on a shopping spree. In the security footage, no employees can be seen, likely because they already left the building!

The bear enters the frame as though its browsing the items in the store and lands in the candy bar section. Apparently the employees hadn’t let the patrons at the gas station know not to enter the store, because at around the 1:10 mark of the video, a customer opens the door, spots the bear, and quickly closes the door. Even though it’s a pixelated video, you can clearly see the fear in their face.

Luckily, no one was injured and while playing the footage back, employees were laughing at the customer’s quick reaction to flee. Let’s be real, any sane person would react that way!