Derek Hough Replacing Head Judge On “Dancing With The Stars” 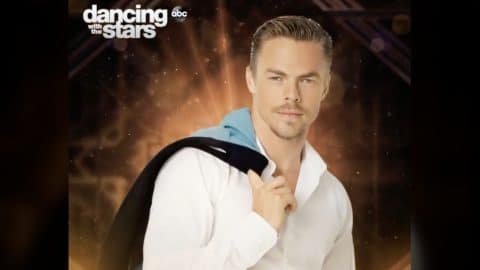 Season 29 of Dancing With The Stars is set to premiere next week and longtime fans will be seeing a few different things this year. For starters, there is a new host. Tom Bergeron, who has been hosting since the show’s 2005 inception, and Erin Andrews, co-hosting since 2014, were not brought back for Season 29.

Leading up to the cast announcement, the show revealed a huge shake up in adding Tyra Banks as the new host and executive producer.

Dancing with the Stars like never before. Season premiere September 14 on ABC ✨ #DWTS

With all the news about which professional dancers would return and which celebrities would be cast, there was no word on if the three judges Carrie Ann Inaba, Bruno Tonioli, and Len Goodman would return as well. Based on history, we could assume they’d all be back seeing as Inaba and Tonioli have never missed a season, while Goodman has only sat out Season 21.

Well, turns out there is a shake-up at the judges’ desk as well! Goodman, who is the head judge, will be unable to judge because of travel restrictions, but TVLine reports he will “be involved in a different capacity” while living across the pond.

Stepping in to his seat is none other than fan-favorite pro, who has the most (six) mirrorball trophies, Derek Hough! His new role was announced Tuesday morning (Sept. 8) on social media as well as on Good Morning America.

Dancing is back… and so is Derek!! 🎉 We can't wait to have him join #DWTS all season long!

“This show has been and will always be incredibly special to me,” Hough said in a statement. “Coming back feels like coming home, and I couldn’t be more excited to be back in the ballroom.”

Hough has previously won Dancing With The Stars with Brooke Burke, Nicole Scherzinger, Jennifer Grey, Kellie Pickler, Amber Riley, and Bindi Irwin. He is not the first Hough to sit behind the judges’ desk. Younger sister Julianne was a guest judge-turned full-time judge for seasons 19-21.

Hough is no stranger to judging, as he stars on NBC’s World of Dance alongside Jennifer Lopez and Ne-Yo.

We can’t wait to watch Derek as a judge this season!