By Jennifer Pernicano on February 14, 2022
Advertisement 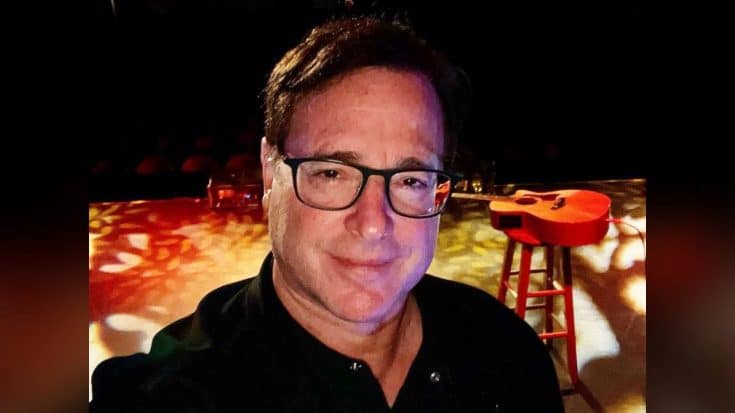 On January 9th, actor and comedian Bob Saget was found dead in his hotel room at the Ritz-Carlton in Orlando, Florida.

His family released the following statement:

“We are devastated to confirm that our beloved Bob passed away today.  He was everything to us and we want you to know how much he loved his fans, performing live and bringing people from all walks of life together with laughter. Though we ask for privacy at this time, we invite you to join us in remembering the love and laughter that Bob brought to the world.”

One month after his death, his family released the following statement:

“Now that we have the final conclusions from the authorities’ investigation, we felt it only proper that the fans hear those conclusions directly from us. The authorities have determined that Bob passed away from head trauma. They have concluded that he accidentally hit the back of his head on something, thought nothing of it and went to sleep. No drugs or alcohol were involved.”

“In consideration of the circumstances surrounding the death and after examination of the body, toxicology analysis, histology, and a respiratory pathogen panel, it is my opinion that the death of Mr. Saget, was the result of blunt head trauma,” Stephany told Yahoo. “His injuries were most likely incurred from an unwitnessed fall. A toxicology analysis did not reveal any illicit drugs or toxins. The manner of death is accident. Our condolences go out to Mr. Saget’s loved ones during this difficult time.”

PEOPLE reports that the Orange County Medical Examiner stated that the 65-year-old “had likely fallen backward and hit the back of his head. He had fractures to the back of his head and around his eyes at the time of his death.” In addition, “the actor had posterior scalp abrasions, subgaleal hemorrhage (which is blood that forms between skull and scalp), discoloration in the upper and lower eyelids due to skull fracture, subdural hematoma (which is a buildup of blood on the surface of the brain) and subarachnoid hemorrhage (which is bleeding in the space that surrounds the brain).”

While the authorities have closed his case, many doctors are weighing in on the autopsy reports.

Dr. Leana Wen, an emergency physician and public health professor at George Washington University, said, “What happened to Bob Saget is extremely tragic, but unfortunately not uncommon. Every year, more than 61,000 Americans die from traumatic brain injury, and many of these are due to falls.”

Dr. Wen continued, “Falling from standing, especially onto a hard surface like a bathtub or hard ground, can cause the kind of injury that Mr. Saget experienced. A fracture in the back of the skull could lead to fractures in other parts of the skull. That kind of force could also lead to bleeding inside the brain. Because the skull is an enclosed structure, there is nowhere for blood to go except to press on the brain. That kind of pressure is what leads to unconsciousness and eventually to death.”

Dr. Joshua Marcus, MD, Neurosurgery at Nuvance Health said that “the report reads like someone who just had a bad head trauma.”

Dr. Marcus says that his head injuries could be from a very bad fall, but the thing that worries him are the fractures around his eye sockets.

“There are people who fall from standing and have things that look just like traumatic injury. The thing that’s tougher to track here are the fractures. To have a fracture, you have to have enough blunt force on a bone — directly on a bone — in order to fracture it,” says Dr. Marcus. “It’s very hard to fracture your orbit [bones in the eye socket area] without traumatizing your orbit…It looks like someone who had a major roll down the stairs, car accident, bicycle accident, motorcycle accident.”

“I have seen patients present to the ER days after the injury with ongoing bleeding. Others die within minutes,” Dr. Wen said. “Many are able to be saved if they seek medical care in time, and the pressure on the brain can be relieved. It’s possible that Mr. Saget fell, thought he could sleep it off, then went to bed — but unfortunately never woke up.”

To be clear, neither of these doctors examined Bob Saget’s body. See what else they had to say here.