Embarrassed Idol Contestant Storms Off Set, “I’m About To Lose It” 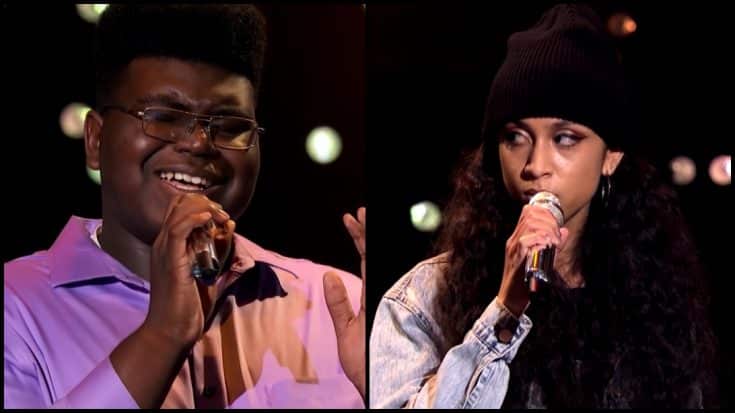 American Idol season 20 is well underway with Hollywood week performances that included duets between some of the Idol hopefuls. While many of the duos struggled during rehearsals, one pair suffered a meltdown of sorts that nearly cost them a spot in the competition.

The pair chose to sing “Rewrite the Stars” from The Greatest Showman, and despite the song being Mills’ idea, he struggled to remember the words. His struggles turned into frustration for Scarlet who all but begged him to choose a different song. As they continued to practice and Douglas continued to forget lyrics, Scarlet reached a breaking point. Eventually she took off her mic and walked off of the set.

“I’m at the certain point where it’s like, this is just embarrassing.” She mumbled, “I’m about to lose it,” as she ripped off her mic pack, and walked off. “When I get stressed like that, it hits, like, a certain little pressure point,” she told producers.

Mills went searching for his partner, finding her rehearsing alone on a stairwell. After cooling off, Scarlet apologized to Douglas saying, “We’re on the same team; I’m not trying to go against you.”

When they took the stage to sing for the judges, it was quickly obvious that Mills still wasn’t comfortable with the songs and the lyrics. Scarlet looked visibly frustrated throughout their performance and was clearly preparing herself for elimination after their near-disastrous take on the movie soundtrack hit.

But, much to their surprise, the judges chose to move both singers through to the next round simply based on their past performances.

“That song was not the right song…We could tell you didn’t really know it.” Katy Perry told the pair. “…people are fighting for their lives here. Douglas, I didn’t get as much as I’ve heard from you in the past. And the same for you Scarlet. But, we remember some moments in the past and how beautiful they were. You are both moving forward.”

Watch Douglas Mills Jr. and Scarlet’s rehearsal and performance in the clip below.