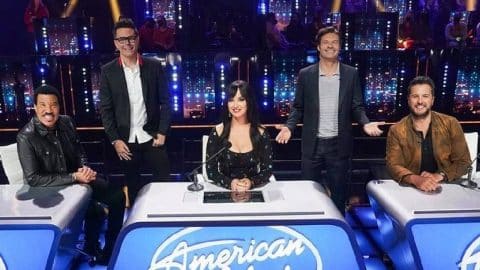 This week’s episode of American Idol left fans “upset” and they aren’t holding back their disappointment.

On Sunday night (April 18), Ava August, Beane, and Madison Watkins were all eliminated from the competition leaving just nine singers remaining. In what host Ryan Seacrest called “biggest shakeup in Idol history,” the show will continue on with ten contestants, but the final person in the Top Ten, will not be a singer we have seen this year.

Instead, they brought back ten “familiar faces” from last year, who were never able to perform live on the Idol stage due to the coronavirus shut down, for what they are calling “The Comeback.”

Seacrest explained, “Those finalists never got the true experience of the big stage, the lights, the cameras, the hair, the makeup, the wardrobe, that fun stuff, Kris Pooley and the band backing them up.”

The Ten Comeback artists performed on Monday night (April 19) and fans will have all week, until April 26, to vote for who they think should make the Top Ten. While the judges were excited to see some familiar faces again, not everyone was thrilled.

One fan wrote on twitter, “Am I the only one who has a problem with this ‘comeback’ twist? #1 I don’t feel like it was disclosed at the beginning, or at least I don’t remember if it was.”

Ok am I the only one who has a problem with this "comeback" twist? #1 I don't feel like it was disclosed at the beginning, or at least I don't remember if it was. #AmericanIdol

Another fan called the move “unfair” to the contestants this season, especially the three who had been cut to make room for the one from last year.

as much as this comeback episode is fun to watch, I still think this is unfair to the other current contestants who have only had one shot so far at trying to win this show 🥴 #AmericanIdol

See some more reactions below.

If Arthur Gunn would’ve won last year… would this “Comeback” episode even be happening right now?

#AmericanIdol this is not fair. Who decided comebacks would be a good idea? This should be a separate show this is not fair to those that just got voted off. These people had their chance I’m not voting tonight and I may switch to the voice. This is ridiculous

Just say no to Comeback. These last year folks are pandemic horrible. #AmericanIdol

The comeback round is unfair. Y’all setting up Arthur to win this year? The disrespect I— #AmericanIdol

We don’t need a comeback show. They had their moment. #AmericanIdol

Another reason people are pointing out that the Comeback is unfair, is because some, if not all, of the singers have large fanbases. Take Arthur Gunn, for example. He was the runner-up from last season, but even Katy Perry knows about his large fanbase, noting during her judging that she has seen him trending on Twitter several times.

Watch his performance below. Critics believe he is the Comeback artist to beat!