By Manly Bryant on March 7, 2019
Advertisement 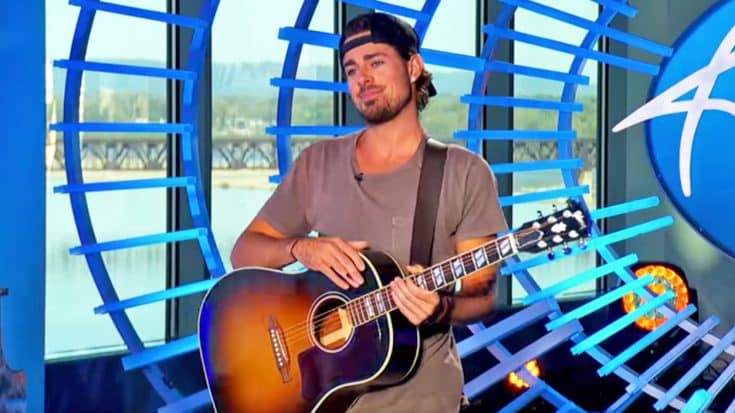 America’s favorite talent competition is back and with more talent than ever! Returning to the Idol panel, judges Luke Bryan, Katy Perry, and Lionel Richie are in a season of unbeatable artists and sweet surprises – literally. Taking the floor for his first audition, one country boy just charmed the judges with a unique touch.

Back for Season 17, American Idol has been introducing viewers to a whirlwind of unforgettable talent. Stretching from coast to coast, aspiring singers from all over were ready to get their golden ticket. But there was one audition that had the judges loving him from the moment he walked in.

28-year-old strawberry farmer, Kason Lester surprised judges when he brought them each a little gift before his audition. The Tennessee-based farmer explained his story while the judges took a sneak peek at their snack-filled gift baskets.

“Farm life is great and it’s fun to do but I’m not planning to be 80 years old and be farmin’. My passion is music and I want to be an artist. I want to be on stage – that’s just what I want to do.” Lester continues, “If I make it to Hollywood, the farm will be just fine. I promise you that.”

In a fitting fashion, the country boy decided to sing Chris Janson‘s “Holding Her.” With guitar in hand, he began serenading the judges with the country love song. Richie was smiling from the very beginning as Perry and Bryan attempted to keep their reactions under lock and key.

Following his raspy rendition, the judges only had positive things to say about the aspiring singer. Perry even admitting that she sees him in the top 10 of the competition – of course after downing a couple of gulps of homemade honey.

Although Bryan thought highly of Lester’s voice, he wasn’t completely convinced with his guitar playing. The “Crash My Party” singer just further explained that he wants him to create his own “key signature sound.”

Nonetheless, the judges were floored by his performance giving him the golden ticket to Hollywood.

Rather Lester brought the goodie baskets or not, we still think this country sweetheart was bound for fame!

You can watch Kason Lester’s audition below.