By Jennifer Pernicano on May 4, 2018
Advertisement 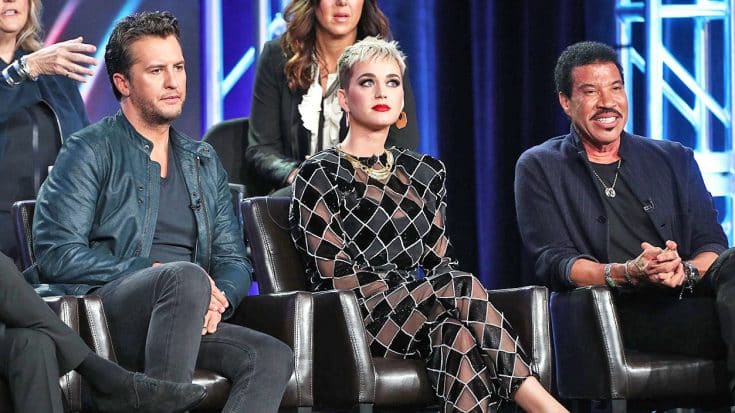 Despite losing the ratings race to The Voice this season, ABC’s reboot of American Idol has officially been picked up for a second season. During its second week on the air, Idol pulled in 7.7 million viewers, while 10.7 million people tuned into The Voice on the same night.

Idol was still airing first audition episodes when many TV experts predicted that it wouldn’t be back for another season for a few reasons. One being that the salaries of all the judges and host Ryan Seacrest were breaking the bank.

The show’s reported talent budget was $50 million, and they went over that budget by giving Katy Perry a whopping $25 million for the season, with Lionel Richie taking home $10 million, and Luke Bryan and Seacrest each earning $12 million.

In spite of all these predictions, the show announced on Twitter that it will be back for a Season 2, sharing an image that read, “Can’t wait to do it again…Season 2!”

Within a few minutes, all three judges, and Seacrest, all confirmed that they’d also be returning for the show’s second season. Check out their tweets below.

After a nationwide vote … #AmericanIdol will be back for S2 on ABC! Can’t wait to do it again with @katyperry, @lionelrichie, and @lukebryanonline!

When you find out you get to do another @AmericanIdol season with @LukeBryanOnline & @katyperry ??#americanidol pic.twitter.com/Fndb5v4kLr

Y’ALL! I’m having TWO ✌? much fun to stop now… so why don’t we keep it going!? ? ?EXCITED TO ANNOUNCE that @lukebryanofficial, @lionelrichie, @ryanseacrest and yours truly will be BACK with another season of #AmericanIdol on @ABCnetwork ?⤵️? pic.twitter.com/WyhCHgYtDC

Bryan made his tweet a little more personal with a video to all the fans, thanking them for making this happen.

“It’s all because of you guys, the music fans out there for bringing it back,” he said. Watch his video below.