By Miranda Raye on March 21, 2022
Advertisement 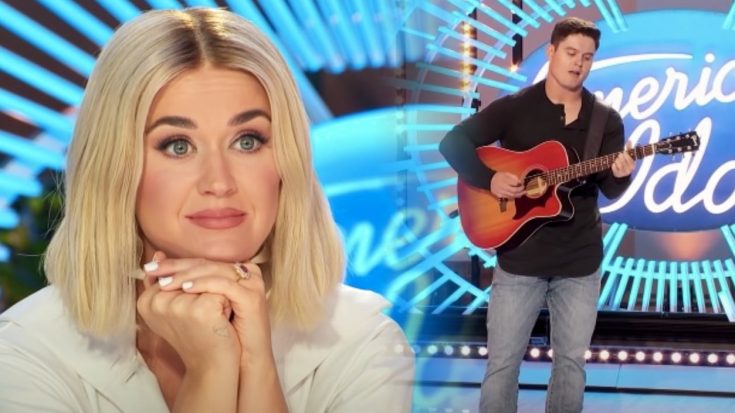 24-year-old Dan Marshall has two passions in life….football and singing. Marshall spent most of his life pursuing the former passion, which led him to a college football career.

He played as a linebacker at Virginia Tech for four years. Now a land surveyor living in Chesapeake, Virginia, Marshall is chasing after his second dream of being a singer.

Marshall has been singing his whole life, but never had the courage to perform live. He finally sang in public for the first time at his grandfather’s memorial service.

After just a few more gigs, Marshall decided to audition for American Idol. Judges Luke Bryan, Katy Perry, and Lionel Richie were surprised to hear that he hasn’t been singing live for long.

With his acoustic guitar in hand, Marshall delivered a cover of Garth Brooks‘ emotional song “The Dance.” The judges appeared charmed by his performance, which was distinctly country.

After Marshall finished singing, he earned some praise from Richie. “I like what I just heard,” he told him.

Perry agreed, saying, “…I do think you have some natural born talent.”

Bryan also complimented the young singer, but admitted he did have a few things to work on. “You’re one of the best sounding country artists that have been through, but you’re not doing all of the emotion properly,” Bryan said.

The judges also felt like it would be in Marshall’s best interest to ditch his guitar for his next performance. They’ wanted him to focus completely on his voice.

Even though they had a few pointers for him, the judges all agreed Marshall was worthy of a golden ticket. The three of them voted to send him on to Hollywood!

Watch Marshall’s Idol performance of “The Dance” in the video below. It’s hard to believe he hasn’t been singing live for more than a few months!