Gabby Barrett Just Won A CMT Music Award, But Wasn’t There To Accept It 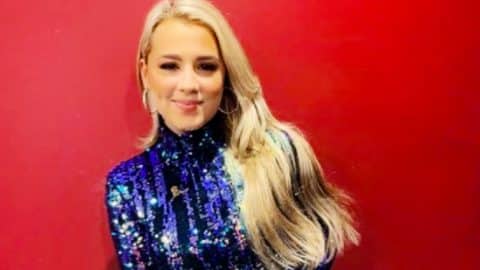 On Wednesday night (June 9), country music’s hottest stars gathered in Nashville to celebrate at the CMT Music Awards. The CMT Music Awards are hosted by CMT and are used to recognize outstanding music videos and performances from the past year.

The CMT Music Awards are unique, because they are the only fan-voted awards shows in country music. Fans determine who wins in each and every category, including Female Video of the Year.

Carrie Underwood won the category every year between 2015-2020. But she wasn’t nominated for Female Video of the Year this year, so that gave someone new the chance to take home the trophy.

That someone ended up being Gabby Barrett, who won with her music video for her #1 single, “The Good Ones.” The music video has well over 30 million views on YouTube.

This was Barrett’s second time winning a CMT Music Award. She won the Breakthrough Video of the Year award in 2020 with her music video for “I Hope.”

Even though Barrett won one of the most coveted trophies at the 2021 CMT Music Awards, she wasn’t there to accept it. Presenter Gladys Knight ended up accepting it on Barrett’s behalf.

Barrett’s absence left many fans wondering where she was and why she wasn’t at the ceremony.

Two days before the CMT Music Awards, Barrett took to social media to announce she would no longer be attending the show. She cited “personal circumstances” as the reason why she wouldn’t be there.

Barrett was also supposed to perform with Lady A, Carly Pearce, and Lindsay Ell to open the show. She wished her collaborators the best since she wouldn’t be there to sing with them, writing, “I’ll be rooting for you guys and all of the incredibly talented nominees and performers!”