By Jennifer Pernicano on December 22, 2020
Advertisement 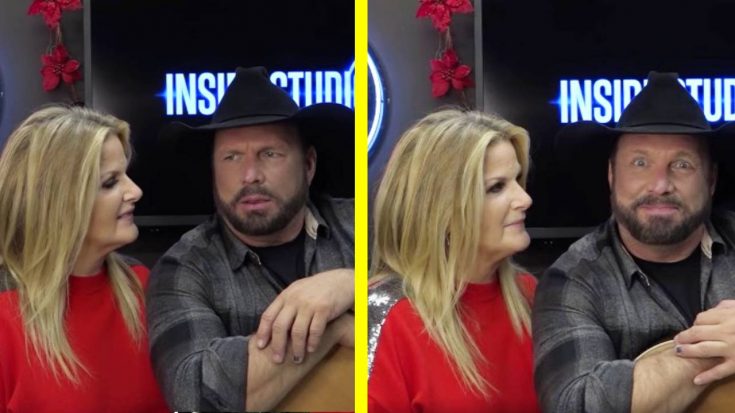 Only one more day until Garth & Trisha Live! A Holiday Concert Event. Watch @garthbrooks and @trishayearwood perform requests live during the special TOMORROW at 8:30pm ET/8:00pm PT on CBS and @CBSAllAccess. Use #GarthAndTrishaLIVE to make a song request. pic.twitter.com/dXch8md6mQ

During the event, the married couple of 15 years took requests live on the air from social media and performed them on the spot! There aren’t many artists in any genre who can do this other than Garth and Trisha. They previously did a  Facebook live stream in March, which did so well that they got a CBS special a couple weeks later.

Both singers took to social media to promote the special, asking fans to tweet them their song requests – and the fans didn’t disappoint!

One of the requests – from many fans – was “Belleau Wood,” a song Brooks released in the 1990s, which told the story about Christmas on the World War I front lines. When Garth and Trisha were informed that “Belleau Wood” was a top song request, Miss Yearwood knew waterworks were on the way for both of them.

She said, “Good luck, buddy. Because this one makes me cry, and I never cry.”

Brooks explained that he usually performs a shorter version of the song, but he wanted to play the whole song for the special. He had to pause to collect himself, but he regained composure until the very end of the piece. He cried through the final verse’s emotional lyrics:

No, heaven’s not beyond the clouds
It’s for us to find it here”

But, even during a televised event, some bloopers are bound to happen! While there was some playful back and forth during the live event, there were a good amount of bloopers while they filmed the promos, and luckily, Trisha shared them with us!

What seemed like a simple promo turned into some hilarious footage of the husband and wife duo struggling to get through the short and sweet script.

Cuss words, wrong times, Christmas sweater changes, and some pretty funny faces were all featured in the minute-and-a-half clip.