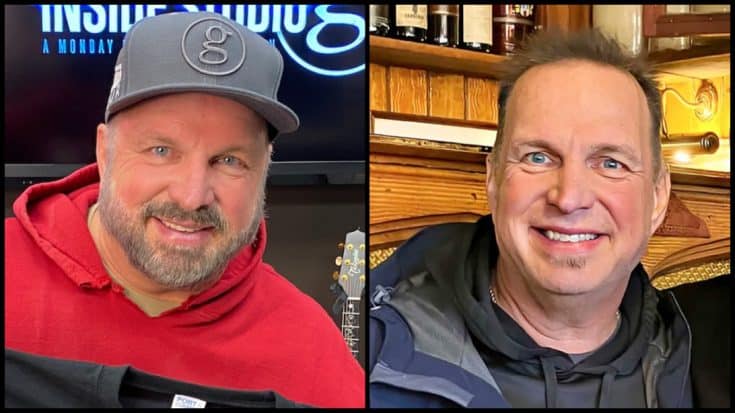 Garth Brooks recently returned to Ireland for a highly-anticipated series of sold-out concerts, and did so showing off his significant weight loss.

Garth Brooks wasn’t named CMA Entertainer of the Year seven times for nothing. The multi-platinum selling country star puts on concerts more energizing than those of artists half his age.

In preparation for his return to Dublin’s Croke Park, the 60-year-old made some major changes to his health so he could put on a show that his Irish fans have waited 25 years to see.

Speaking to the media ahead of opening night, Brooks shared what inspired his decision to get back in shape.

“What happened was, weirdly, at the 25th anniversary of Croke Park and Central Park, and I was sitting there looking at it thinking everyone looks the same… what is wrong with your fat ass, here we go,” Garth said.

The “Callin’ Baton Rouge” singer said that it has taken him eight years to get back to “the artist feel” after spending 16 years as a soccer dad.

“And I’m the same weight I was when we played here in 97, that’s what I want,” said Brooks.

Garth Brooks is filming his historic return to Ireland for a Netflix documentary.

Dublin Live reports that Garth Brooks will have 50 cameras in the stadium filming the concerts, an undertaking that Garth has taken to another level. Event promotor Peter Aiken said that he has seen artists much younger than Garth come off the stage “in absolute bits.”

“He will run up and down and roar and shout. It takes some amount of effort. People are obsessed with doing their 10,000 steps a day and they’re in bits after. He’ll do that halfway through the show and he’s singing at the same time and keeping an eye on the band,” Aiken said.

Garth knew that playing five sold-out concerts overseas was going to take its toll, and he wanted to set himself up for success. The goal inspired him to lose 50 pounds.

“What you want to do is set yourself up for the best chance of success,” he went on to say. “You want to try to be as fit as you can. Because my job is to get to everyone in that stadium. And we have two and a half hours to get it done. So we will be moving a lot. And physically I wanted to not have that as an obstacle.”

Garth Brooks has been seen strolling hand-in-hand with Trisha Yearwood as they soak up the sights in Ireland.

The singer and his wife Trisha Yearwood are making the most of their time in Ireland. The duo have been spotted strolling through some of the country’s parks and tourist areas, and have dropped into local pubs for a pint and some karaoke.

Photos and videos of Garth and Trisha have made their way to social media, including a clip of him singing “If Tomorrow Never Comes” a cappella in a pub called Dick Macks.

I think he’s a bit hoarse from the three gigs. ? (Note not my video). #GarthBrooks #Dingle #DickMacks pic.twitter.com/9y3m3TkbiK

Others have filmed him singing with fans and playing basketball with local children.


Cynical as you can be about the whole thing, Garth Brooks is currently having a sing song with me Ma and all the women of Portland Place in the playground & it is absolutely lovely.. ☺️ #GarthInIreland pic.twitter.com/kWxE4ocgfb

Garth Brooks playing basketball at the end of my street pic.twitter.com/mudaoZ6AeZ

See the entire Croke Park crowd join Garth Brooks to sing “The River” in the video below.