Garth Brooks Responds To Questions About His 50-Pound Weight Loss 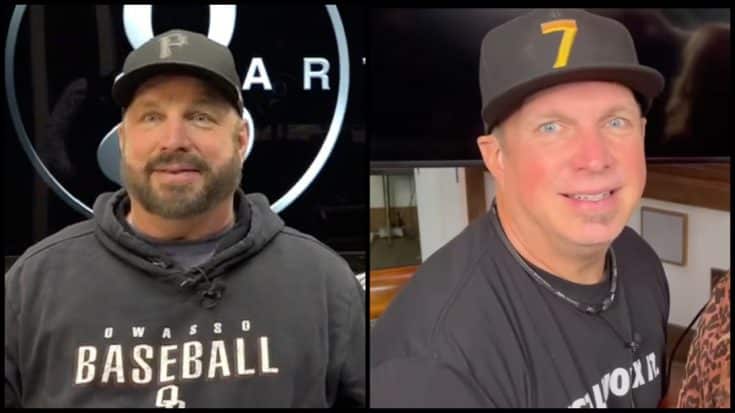 Garth Brooks recently took his tour back Ireland for the first time in 25 years, and lost 50 pounds in preparation for the event.

Prior to kicking off a 5-night series of sold-out concerts at Dublin’s Croke Park, Garth Brooks spent an hour with reporters at a press conference. Many of the questions asked of the “Friends in Low Places” singer revolved around the nostalgia surrounding his return to the country.

But, one question that was asked more than once was regarding Garth’s impressive weight loss. At least two reporters asked the singer how he did it. But, each time, Garth sidestepped the question, instead focusing on his motivation to lose weight…not how he accomplished it.

When asked what the secret to his fitness is, Garth responded, “Filming. This film [about the tour] is gonna come and film adds, you know…I lost 50 pounds and film is gonna add that right back.”

Garth went on to share that he was motivated to lose weight after watching footage of his 1997 concerts in Ireland and Central Park. He felt that everyone looked the same 25 years later, except for him.

“Try to remember…this is one of the things I’m gonna give myself credit for. 16 years. Soccer dad. You were last on the list,” Brooks said of the time he took off the road to be with his daughters. “It takes a while to get that back to the artist kind of feel. So, it’s taken me 8 years to get back…I’m the same weight as when I played here in ’97. That’s what I want.”

Later in the press conference, Brooks was asked again “what was the preparation process to get match fit” for the concerts.

“I just think….this doesn’t matter,” Garth said as he pointed to his slimmed down self. “It’s about the music, right? But, what you want to do, you want to set yourself up for the best chance of success.”

The singer said he just wanted to feel good and wanted to remove any “obstacles” that would keep him from moving around the stadium. “I really want this to go well.”

Hear Garth Brooks talk about his weight loss in the press conference clip below.