By Miranda Raye on September 21, 2018
Advertisement 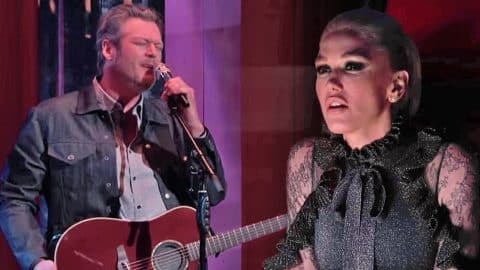 During Season 12, the top ten contestants on The Voice each took to the stage to fight for a spot in the semi-finals. After such a spectacular showcase of talent, America had a tough time deciding who would continue on the show.

But one person who performed on The Voice didn’t have to worry about securing his spot in the competition. That person was coach Blake Shelton, who hit the stage to perform his single “Every Time I Hear That Song.”

“Every Time I Hear That Song” was released in February 2017 as the fifth single off of Shelton’s album, If I’m Honest. To no surprise, the song managed to secure a decent spot on both country charts. It hit the top spot on the U.S. Country Airplay chart and the eighth spot on the Hot Country Songs chart.

In addition, the song was also a big hit on the Billboard Hot 100 chart, where it peaked at the 56th spot.

People all across the country have been singing along to “Every Time I Hear That Song” ever since it was released. It appears that Shelton’s girlfriend and fellow Voice coach Gwen Stefani has been doing the same thing, because she made it clear that she knows the words!

Standing under a set made of tall, red columns, Shelton starting off singing with minimal backup from the band. This gave his vocals the chance to shine, and made the raw emotion in his voice stand out.

As the song increased in intensity, Shelton started jamming along with his band on his guitar. That’s when the camera cut to show Stefani, catching her as she sang along with Shelton. Y’all have to admit, that’s pretty sweet!

Go ahead and tune in to Shelton’s Voice performance of “Every Time I Hear That Song” below. Pay close attention so you don’t miss when the camera shows Stefani!