Gwen Wasn’t A “Voice” Coach For Season 18, But Blake Says “We’re Not Seeing The Last” Of Her

By Miranda Raye on December 11, 2019
Advertisement 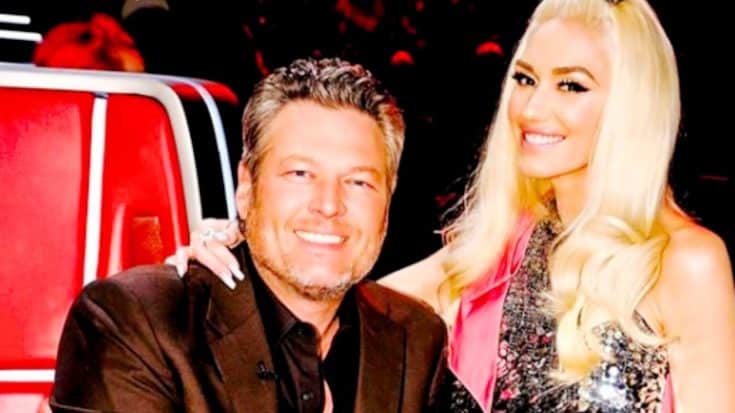 Season 17 of The Voice just wrapped up in December 2019. Fans of the show didn’t have long to wait for the new season, because it debuted just two months later.

Since blind auditions, battles, and knockouts are pre-taped, work on Season 18 was well underway by the time Jake Hoot was crowned the Season 17 champion. That means Season 18’s coaches were already selected at that time.

And while the lineup mostly remained the same between Season 17 and Season 18, there was one swap. Gwen Stefani did not return for the 18th season, so new coach Nick Jonas took her place alongside Blake Shelton, John Legend, and Kelly Clarkson.

If you recall, Stefani wasn’t even supposed to coach during Season 17 in the first place. Adam Levine was originally announced as the season’s fourth coach, but left the show just days after the Season 16 finale.

In need of a quick replacement, The Voice called on past coach Stefani, who was happy to step in:

“It just worked out, with Adam leaving the show, to where she could jump in this season,” Shelton said in a press conference, as cited by The Boot. “And thank God that worked out, because we were not that far away from filming the Season 17 blind [auditions] when that went down.”

But even though Stefani is out for Season 18, Shelton says it doesn’t mean she’s gone for good. During that same press conference, he teased her potential return to a future season of The Voice:

Stefani was supposed to be performing for her Vegas residency during Season 18, so that other commitment would have made it challenging for her to coach during the season. Of course, the current world environment resulted in those concerts being canceled.

Even though Stefani wasn’t able to coach the Voice‘s 18th season, it sounds like we may see her on the show again one day! That would make Shelton happy, since he always enjoys coaching with his girlfriend of over four years. “...I don’t ever want her to leave,” he said during the press conference.

We certainly enjoy watching Shelton and Stefani interact on The Voice, and will miss her when she leaves. Hopefully she’ll be back for Season 19 in the fall!