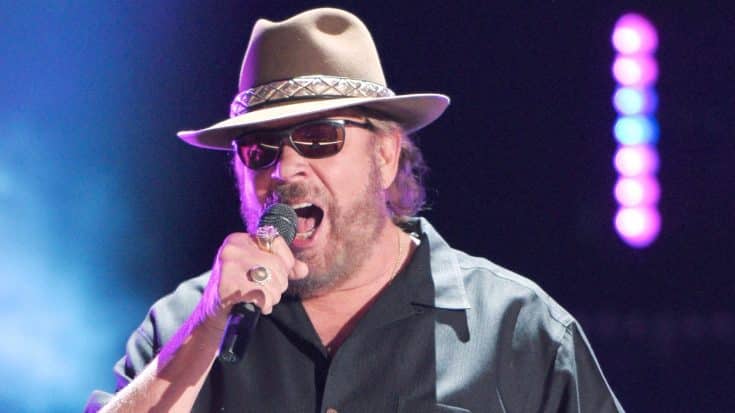 Without saying a single word, Hank Williams Jr. dropped a brand-new song overnight that had fans in a frenzy. The country legend has stayed suspiciously quiet about several controversial topics the last few years, and now we know why.

He was saving it all for a song, which he released quietly on October 4th on his official YouTube channel. He didn’t mention a word anywhere on social media – until the video had already gotten thousands of views – letting his lyrics speak for him.

The song is titled “Take A Knee, Take A Hike” and Bocephus certainly takes a stand. He shared the audio on his Facebook page on October 5, letting fans know where they could download it – Apple Music, iTunes, and Spotify – which you can do so here.

Take A Knee, Take A Hike

It is unknown whether the song will be released as a single, or if there is any other music following it.

“Oh, how we all love Monday night / When my song is done everyone’s so pumped and hyped,” he sings in the opening lyrics. “Some won’t stand for the anthem and that’s their right / Well, freedom isn’t free / Our military means our liberty, so if you’re gonna take a knee, take a hike.”

He backs up his argument throughout the song with references to Merle Haggard’s hit “Fightin’ Side of Me” as well as his 2012 song “We Don’t Apologize For America.”

“Take A Knee, Take A Hike” has a traditional country feel with an outlaw twist brought to life with fiddle and steel guitar instrumentals.

Listen to Hank Jr.‘s brand new song “Take A Knee, Take A Hike” in the video below.