By Jennifer Pernicano on May 24, 2018
Advertisement 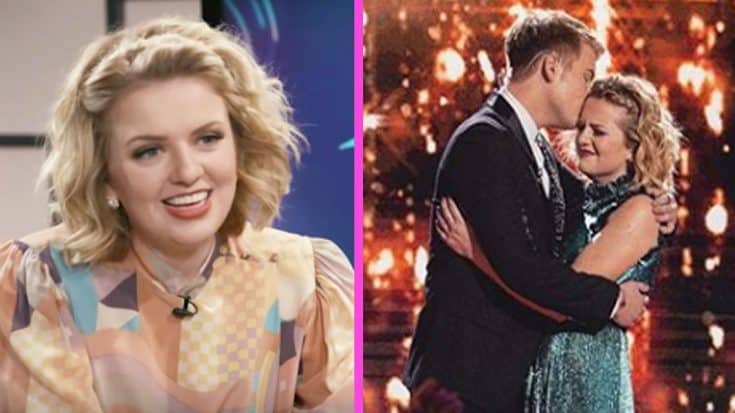 Not only did American Idol crown a champion on Monday night (May 21), it was also revealed that the Top 2 contestants are in a relationship!

Before singing a special duet together, host Ryan Seacrest asked Caleb Lee Hutchinson if the song and performance with Maddie Poppe had any significance.

“Well, you know, Maddie’s like my best pal,” he said to Seacrest, the audience, and millions of people watching at home. “And I’ve known her since the beginning of Hollywood Week and she actually happens to be my girlfriend, so that makes it easier.”

His shocking confession sent the crowd into a frenzy and made the three judges freak out! Katy Perry started literally spinning in her chair, with some help from Luke Bryan, and Lionel Richie just stood with his hands in the air.

They each posted very sweet messages about one another on Instagram after the show ended, and Poppe was crowned the champion.

MY GIRLFRIEND WON AMERICAN IDOL!!! No one deserved it more than you babe. I am honored to know you and even more honored to call you mine. Don’t forget about me. I love you ❤️

I don’t even know what to say. I couldn’t have dreamt of a more perfect night. Thank you to all of America for believing in me when I didn’t even believe in myself. A year ago I was lost and uncertain how I would be able to make this happen for myself. I cried and worried and wondered if this dream would ever pan out for me. So many times I contemplated giving up, but at the last second my saving grace came through when @americanidol dropped into my life. Not only has this show given me a platform to build my career on, but it has given me countless lifelong friends who I’ll love and cherish forever. All of these things and so much more, but one of the best gifts it’s given me is Caleb Hutchinson. This guy captured my heart from the start and showed me what love truly means. I’ve never cared for or adored another person so much, @calebleemusic you mean so much to me and I’m so blessed to be able to have had you alongside me throughout this journey and hopefully for many more moons to come, xo. Thank you everyone, this is truly everything I’ve ever wanted and I absolutely CANNOT believe this is my life. So blessed, so grateful. Thank you. ❤️

They’re both declaring their love for each other on social media, so this can’t be a brand new thing like we thought! During her press tour, Poppe stopped by Access and shared the story of how her relationship with Hutchinson blossomed.

She talked about meeting him the very first day of Hollywood Week and when she heard his solo, her jaw dropped. We went back and found his audition to see if we could find this exact moment – and we did!

While it was Hutchinson’s voice that first caught Poppe’s attention, after they were in the group round together, they’ve been inseparable ever since. As for how they were planning on announcing their relationship, Hutchinson knew Poppe was going to win, so he told her, “When you win this, I’m gonna post that my girlfriend just won ‘American Idol’ and everyone’s gonna freak out!”

But, the morning of the finale, Seacrest found out about their secret relationship and wanted to ask them about it on the air. Poppe revealed that she was super nervous about it and didn’t know what to say, so she let Hutchinson take the lead on that!

They really are so cute together, and we’re so happy they found each other through this process!

Watch them perform “Somewhere Over The Rainbow” and “What A Wonderful World” just moments after announcing to the world that they are a couple in the video below.