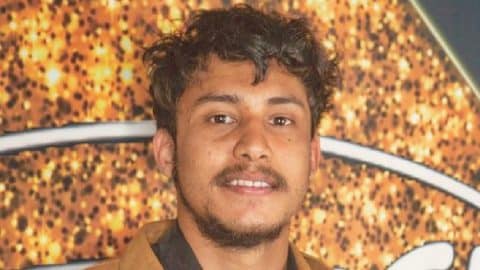 Gunn, who placed second in the 2020 season of Idol, earned a controversial comeback spot in this year’s competition. Last years’ finalists were forced to compete from home due to the pandemic and missed out on the glitz and glamour that the competition usually treats them to. Producers chose to allow some of last season’s favorites to earn their way back into the competition so that they could enjoy the fanfare they missed out on in the previous season.

Gunn earned his way back, but was eliminated at the Top 7. He was invited to perform during Sunday night’s finale and was slated to sing with legendary singer-songwriter Sheryl Crow, but Gunn was a no-show. No one, not even the judges, knew why Gunn didn’t show up.

In a post shared to his social media accounts early Tuesday morning, the singer addressed his absence from the American Idol finale, saying, “What happened is not much to discuss at this point,” he wrote. “It was last minute decision but I couldn’t help but say no cause of some personal morals and values due to unpleasant environmental experiences. It’s not necessary to state it, it is what it is, so I felt like I had to move on.”

Gunn added that American Idol isn’t to blame and thanked them for the role they’ve played in his career. He made it clear that he was upset about missing the opportunity to perform with Crow and apologized for letting his fans down.

“I feel upset about it as much as all you might have, and I’m sorry if I did let down anyone but I felt like all these confrontations didn’t need to happen at the show, so I just had to move on from there, sometimes all we can do is move on!!!”

Sheryl Crow performed during the finale despite Arthur Gunn’s absence. Season 19 finalist Graham DeFranco, who was in the audience to cheer on his friend and eventual champ Chayce Beckham, stepped into fill in for Gunn at the last minute. Crow handled the swap like a pro as she and Beckham performed her hits “Every Day Is a Winding Road” and “If It Makes You Happy.”

Watch their full performance below.