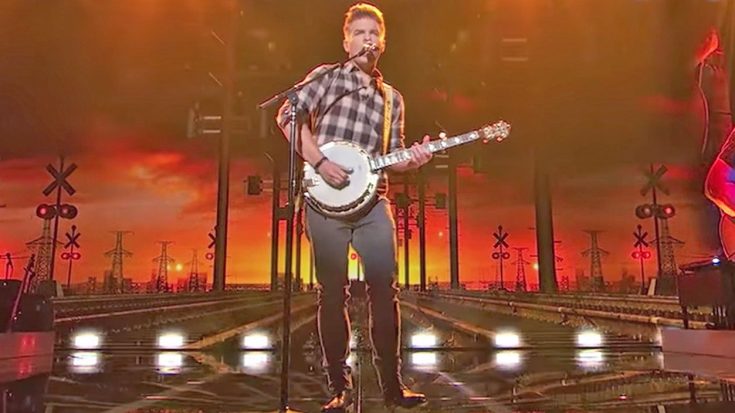 For the first live episode of the rebooted American Idol, where the judges were commentators and the singers’ fates are left up to America – Caleb Lee Hutchinson chose to debut his impressive banjo-playing skills. Up until this point, he only had a guitar with him.

Performing The Steeldrivers song “Midnight Train to Memphis,” the teenager looked as confident as ever showing off his never before seen skill.

“Midnight Train to Memphis” was written by Chris Stapleton and his Steeldrivers bandmate Mike Henderson. They released the song on their 2008 album, while Stapleton included his solo version on his latest album From A Room: Volume 2.

From Hutchinson’s banjo playing, to his soulful delivery, to his sparkly smile, he completely rocked the performance despite judge Katy Perry thinking he came off nervous and Luke Bryan not loving his song choice.

Watch Hutchinson’s performance below, and let us know what you think of it in the comments!