Judge Locks Up Kurt Busch’s Ex For Stealing From Vets 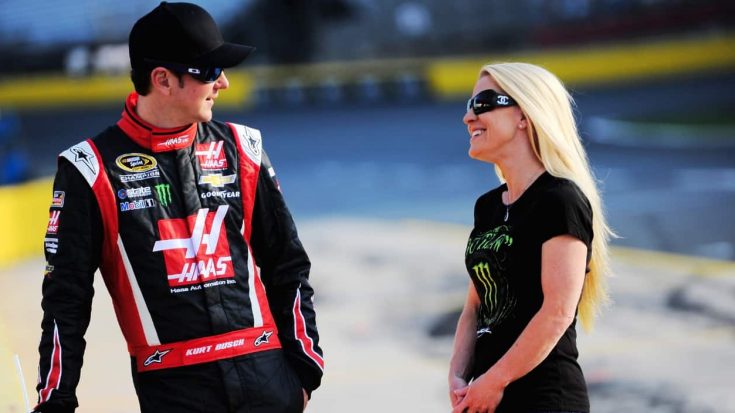 This former “trained assassin” ex of a longtime NASCAR driver was first indicted on seven federal charges – which included four separate counts of fraud – and now it appears that she is headed to prison.

The 40-year-old blonde ex-girlfriend who Kurt Busch once claimed was a “trained assassin” in open court has finally reached the end of her courtroom saga involving massive shopping sprees and a whole lot of money that was supposed to go toward helping veterans.

#BREAKING: NASCAR has suspended driver Kurt Busch indefinitely after being accused of domestic violence against his…

Back in 2015 – a year before investigators began digging into her finance misdeeds – Driscoll and Busch split up, but it wasn’t so amicable.

Driscoll and Busch each filed charges against each other following her allegations that he physically attacked her, smashing her face three times into a bedroom wall.

So many great gowns and dresses @renttherunway thx again for a great time!

Busch later claimed that she is a “trained assassin” that sought out drug lords all over the world. He even stated that she showed him photos of her alleged kills.

Both parties denied the charges, with a judge issuing a no-contact order against the NASCAR driver. He also received a suspension from NASCAR for the order but was reinstated two months later after authorities stated they were not pressing charges.

@Renttherunway set me up for gala next week

He also claimed that he was with her one evening in which he believed she had “made a kill.” He recalled a time when she departed from him in camo gear but later returned in an evening gown and trench coat – covered in blood.

Holding a 12-year-long career with the Armed Forces Foundation, Driscoll resigned after the charity claimed in a tax filing that they had proof she misappropriated hundreds of thousands of dollars.

The 11-page federal indictment charged her with using money from the charity (which helps support service members, veterans and families) for various personal expenses such as parking tickets, makeup, gifts, travel costs, and more.

While the prosecution didn’t originally state the exact amount she stole, they estimated it to be around $600,000. Now, that has been found out to be more close to $900,000.

As reported by the Daily Mail, Driscoll was convicted for charges of wire fraud, tax evasion, and first-degree fraud on November 29th, 2018 and faced a maximum prison term of 35 years.

Now, according to Task & Purpose, Driscoll has been sentenced by a judge to one year in prison, 36 months of supervised release, and must pay $154,289 in restitution.

She is appealing the original conviction from November 2018 and because of the appeal – the sentencing has stayed pending a decision.

While her position as a trained assassin has not been substantiated by any intelligence agency and is not on trial here, she did reassert her innocence and denied the fraud charges.