Kane Brown “Terrified” His Wife With This E.T. Prank

By Manly Bryant on March 15, 2021
Advertisement 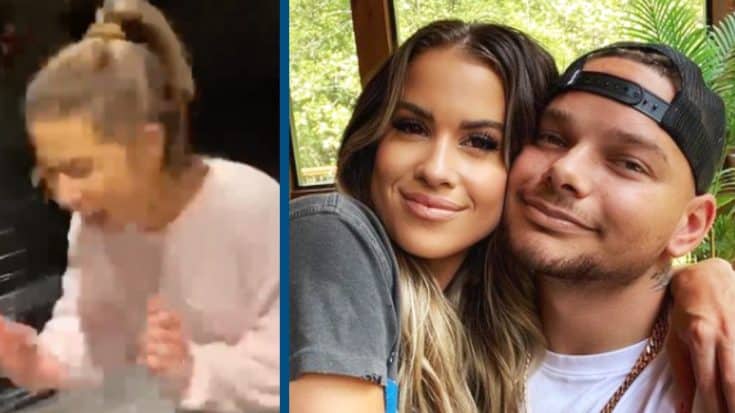 Kane Brown recently pranked his wife, Katelyn, by bringing one of her worst fears to life.

On Sunday, Kane shared a TikTok video with his fans. In the clip, someone dressed as the iconic E.T. character hid in the bathroom while an unsuspecting Katelyn approached the doorway. When Kane’s wife entered the room, the person jumped out at her, and Katelyn immediately retreated in screams.

On Instagram, Kane shared the hilarious joke and provided fans with some added background on the extra-terrestrial theme. The country star wrote:

Katelyn was so scared in the video that she accidentally ran into Kane. The country singer, who held a drink in his hand, immediately lost his grip and broke his glass across the floor.

“This is what it’s like at the Brown house,” Kane warned fans in his video.

Watch the full clip below.

For more of Kane’s pranks on his wife, check out the following video!