By Miranda Raye on August 15, 2019
Advertisement 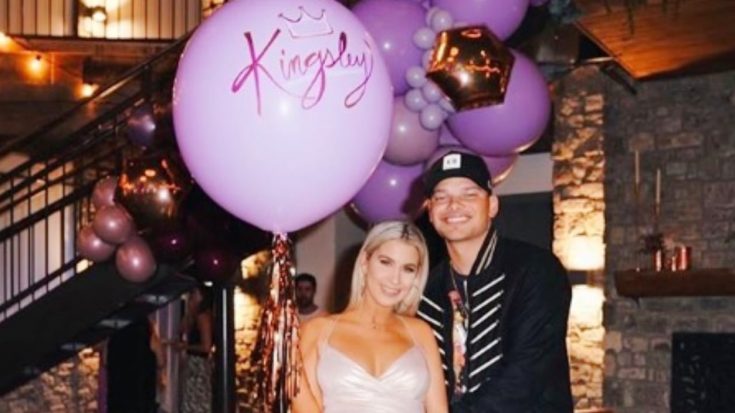 In April, Kane Brown shared some happy news with his fans. The singer took to Instagram and posted an ultrasound photo to reveal that his wife, Katelyn, is pregnant!

Not long after that, the Browns shared they were having a baby girl. As soon as the gender was revealed, fans instantly started wondering what name the first-time parents would pick out for their daughter.

Kane sort of hinted in his pregnancy announcement post that they would choose a name that started with a “K” when he wrote that their family was going to be “KB3.” Since both Kane and Katelyn’s first names start with “K,” they took to calling themselves KB2, or KB squared.

So since fans were pretty certain that Baby Girl Brown would be given a “K” name as well, they tossed around all the possible monikers she could have. Would she be named Kristen? Khloe? Kimberly?

Actually, none of the above! While Kane and Katelyn did meet fans’ expectations by selecting a “K” name for their daughter, the one they chose was likely not guessed by anyone…because it’s that unique!

The couple revealed their baby girl’s name during a baby shower thrown by Jason Aldean and his wife, Britany. Kane and Jason have been friends for years, so it only made sense that Jason and Brittany would throw a baby shower for him and Katelyn!

And Jason knows a thing or two about having daughters with “K” names. His two daughters from his previous marriage are named Keeley and Kendyl.

My dude! @kanebrown_music is about to be a daddy! So happy for him and @katelynbrown #kanewearingajacketinaugust ?

Obviously, Kane and Katelyn didn’t want to copy the names of Jason’s daughters, so they didn’t choose either of those names for their daughter either.

So what did they pick?

The Browns revealed their daughter’s name at their baby shower by holding up a big balloon that had her name printed on the front. Their baby girl will be named Kingsley!

“Officially announcing our baby’s name! KINGSLEY can’t wait for u to be here!!!” Kane wrote on a post he made to Instagram.

Katelyn was equally excited to share her daughter’s name, writing in a post of her own, “...we cant wait for you to be here KINGSLEY.“

Officially announcing our baby’s name! KINGSLEY can’t wait for u to be here!!! Thank you @jasonaldean and @brittanyaldean for throwing us this awesome baby shower ? love you guys!!!

THANK YOU @brittanyaldean & @jasonaldean for throwing @kanebrown_music & I the most BEAUTIFUL BABY SHOWER !!! ???? we cant wait for you to be here KINGSLEY ?

Such a unique and regal name!

While we don’t know exactly when baby Kingsley is due to make her debut, we do know it will be sometime this fall. That means she’ll arrive around the time of her parents’ first wedding anniversary!

Kane and Katelyn’s wedding was filmed for a music video to accompany his song “Good as You,” and the footage is breathtaking. Go ahead and watch it below.

Congratulations to Kane and Katelyn on their upcoming addition. We can’t wait to see baby Kingsley!