By Miranda Raye on March 27, 2020
Advertisement 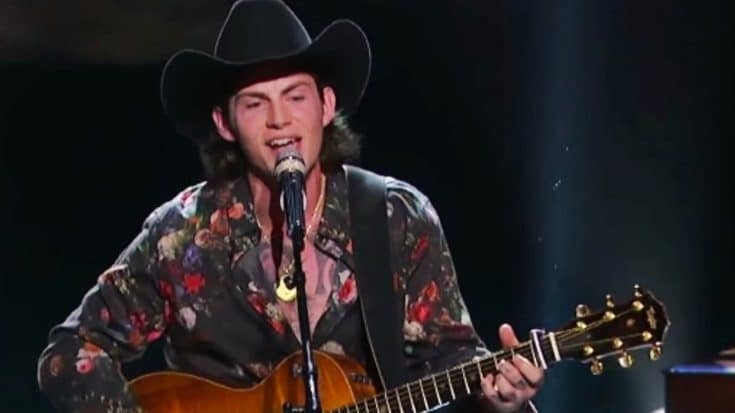 After making it through the auditions and Hollywood Week, American Idol‘s “Country Post Malone” took off to join the Top 40 contestants of Season 18 in Hawaii.

26-year-old Dillon James originally wowed the Idol judges with his vulnerable performance of “Make You Feel My Love.” That’s when he earned the nickname “Country Post Malone,” which was given to him by Katy Perry.

The judges gave James a golden ticket to Hollywood. He advanced to the next stage of the competition after delivering a cover of Billy Joel‘s “Vienna” that specifically impressed judge Lionel Richie. That performance earned him another nickname, as Idol labeled him the “Spiritual Cowboy.”

Then, James and the other Top 40 contestants left to sing at Disney’s Aulani resort in Hawaii. While there, James opted to sing a Bob Dylan song for the second time since starting his Idol journey (“Make You Feel My Love” was written by Dylan).

This time, James chose Dylan’s 1965 single “The Times They Are A-Changin’.”

James introduced the song like a seasoned performer, instantly drawing the audience in and making them feel at ease. He then sailed in to a smooth, polished performance of Dylan’s iconic tune, and the judges were clearly pleased with what they heard.

Richie stopped to exclaim “wow” midway through James’ performance, while Perry proclaimed, “he looks like a star!”

We have to agree with Perry…James seems like a natural on stage!

Tune in to the video below to watch James’ Hawaii performance of “The Times They Are A-Changin’.”