By Tiffany Smithson Aaron on May 3, 2022
Advertisement 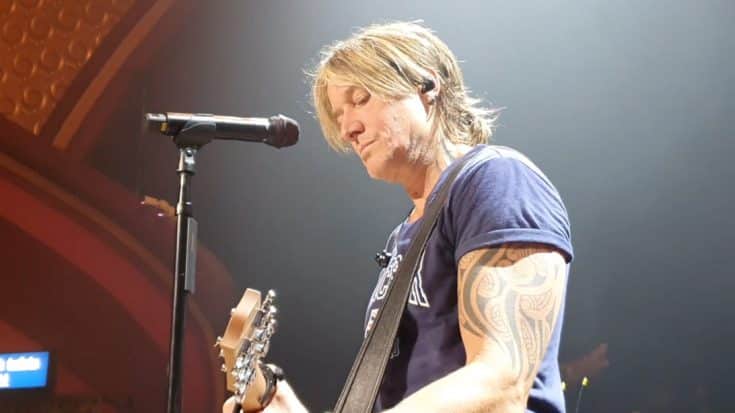 The country music community is continuing to mourn the untimely death of Naomi Judd, the matriarch of mother-daughter duo The Judds, who died Saturday (April 30) at the age of 76. Judd’s fellow artists have shown an outpouring of support for her family with social media posts and touching covers of their songs.

Brothers Osborne paid tribute to Judd upon hearing of her death with a cover of The Judds’ 1984 hit song “Why Not Me” during their set at the Stagecoach music festival. And Carly Pearce had the honor of performing “Grandpa (Tell Me ‘Bout the Good Old Days)” for The Judds’ Country Music Hall of Fame induction ceremony one day after Naomi’s death.

Keith Urban is the latest artists to honor Naomi Judd. During a stop on his The Speed of Now Tour in Manchester, Urban paid tribute to the late singer with a short speech before singing the chorus of “Love Can Build a Bridge.”

“I want to send a quick and very heartfelt acknowledgement out to the late, great, very influential Naomi Judd. What The Judds did was astounding through the ’80s, and she was the queen, the matriarch of it all. And she wrote this song, which is pretty amazing,” Keith said before launching into the chorus of “Love Can Build a Bridge,” with the crowd singing along.

“Rest peacefully, Naomi. We love you,” Urban said as the crowd cheered.

Keith Urban also posted a clip of his performance along with a post that read, “Naomi Judd sowed so many important seeds in her precious time here. Here’s one of the many. On the other side of the world in Manchester tonight they were all singing ‘Love Can Build A Bridge.’ Thank you Naomi. We love you.”

Watch the full video of Keith Urban’s poignant tribute to Naomi Judd in the video below.