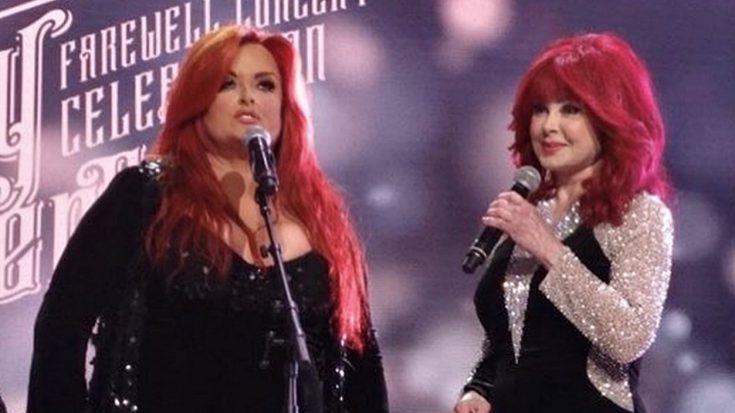 It was an emotional night for country music fans as Kenny Rogers bid farewell in his final concert performance. Surrounded by a stadium full of fans, friends and family, 79-year old Rogers officially entered retirement, but not before some epic musical performances including his final duet with Dolly Parton.

“All these people wanted to come do songs of mine and say thank you because, I had kind of — I hate this, this is awkward for me — I had inspired them to some extent and they wanted to pay me back and I thought it was very nice, so I’m glad we’re going to get a chance to do it,” he said.

The “All In For The Gambler” concert held at Nashville’s Bridgestone Arena Wednesday (October 25) was a celebration of Rogers’ legendary 60-year career. Rogers, a member of the Country Music Hall of Fame, has sold more than 100 million albums worldwide and produced more than 120 hit singles.

One of the highlights the concert was the reunion of mother-daughter duo Wynonna and Naomi Judd who took the stage together to honor Rogers with a cover of his song “Back to the Well,” the title track from Rogers’ 25th studio album released in 2003.

The Judds have long been friends of Kenny Rogers. In fact, Wynonna collaborated with Kenny for a cover of the beloved Christmas song “Mary, Did You Know?” for his 1996 holiday album The Gift.

Watch Kenny and Wynonna sing “Mary, Did You Know” in the video below.