Kellie Pickler’s Talk Show ‘Pickler & Ben’ Has Been Canceled – But Why?

By Miranda Raye on March 28, 2019
Advertisement 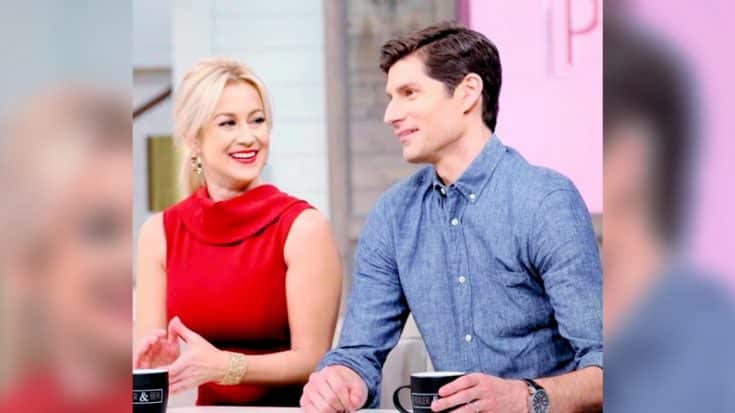 The Premise Of Pickler & Ben

✨IT'S YOUR LAST CHANCE TO WIN!✨ For a chance to win this beautiful, signed @epiphone Casino Coupe, leave the correct answer to this question in the comments: What did all of our guests have in common today? To learn how to win the signed Epiphone Epiphone Masterbilt Century Deluxe Acoustic-Electric Archtop, visit facebook.com/picklerandben. Good luck! Official rules: on picklerandben.com

They got that and even more. The show, which is filmed in Nashville, frequently welcomes celebrity guests, many of them being country singers.

Names of some famous guests you may recognize include Reba McEntire, Darci Lynne Farmer, and Kenny Rogers.

In addition to welcoming country music singers and other celebrities on set, Pickler & Ben covers topics such as pets, home decorating, holiday preparations, and cooking. They also leave the studio and explore the city, giving viewers a taste of what Nashville has to offer.

To celebrate the opening of the Madame Tussauds wax museum in Music City, Pickler and Aaron visited the museum and had some fun by having Pickler pretend to be one of the figurines.

A Hit With Fans & Critics

Although the show has only been on the air for a year and a half, it is already beloved. Proof of its popularity came last year when it was nominated for three Daytime Emmy Awards.

More nominations came in this year, with the show being nominated for Outstanding Informative Talk Show Hosts and for Outstanding Musical Performance in a Daytime Program for pop-rock star Ben Rector’s performance of “Old Friends” that took place on the show.

The two hosts couldn’t wait to share the happy news, and addressed it in front of the live studio audience that gathered to watch them film.

But the happy feelings didn’t last for long…

Some Sad News About Show’s Fate

Just a little over a week after the Emmy nominations were announced, it was confirmed by Pickler & Ben‘s production company, Scripps, that the show will not be picked up for a third season.

News of the show’s cancelation was published by The Tennessean, which quotes Brian Lawlor, Scripps’ president of local media:

“We were really disappointed to have to announce that we were going to be sunsetting ‘Pickler & Ben after season two,'” Lawlor said. “We loved the show. Audiences loved the show.”

According to Scripps, Pickler & Ben doesn’t show much promise of profitability in the long term, which is why the decision was made to cancel it now. The news comes as other networks pick up new talk shows later this year, including one hosted by Voice coach Kelly Clarkson.

Those who love Pickler & Ben don’t have to say goodbye to it right away. It will continue to air new episodes until September, but after that, it will come to an end.

It’s sad news for a talk show that brought us so many memorable performances in its short time on air. Watch one of those performances, a duet between Pickler and Kenny Rogers, below.

Kenny Rogers and Kellie Pickler perform "Islands In The Stream."