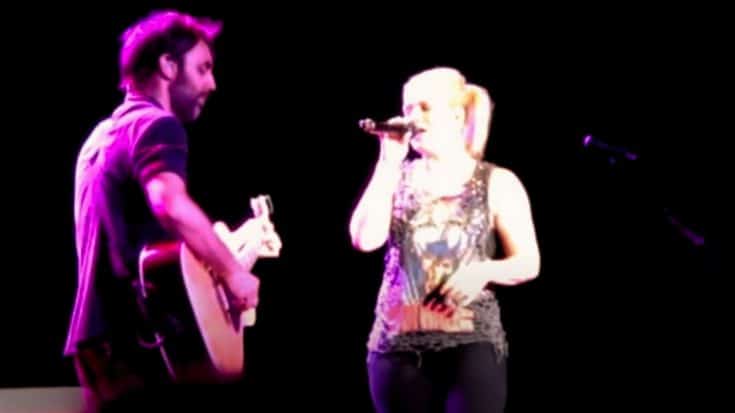 Kelly Is The Queen Of Cover Songs

As the winner of American Idol‘s first season, Kelly Clarkson proved long ago that she is capable of captivating an audience with her live performances.

She’s continued to do so ever since, particularly during the portion of her show when she covers other artists’ songs.

In what Clarkson calls the favorite part of her shows, she lets one fan from the audience request a song for her to sing. No matter the artist or genre, Clarkson puts herself up to the challenge, and ends up delivering mesmerizing renditions of any song her fans throw at her.

Country Is Her Go-To

Oftentimes, Clarkson’s fans request for her to sing a country song, which she is happy to do, since she grew up on country music.

Such was the case during a 2012 concert in Noblesville, Indiana, when one fan asked Clarkson to sing Tammy Wynette‘s classic hit, “Stand by Your Man.”

Clarkson performed a stripped down version of the song, with a single guitar player accompanying her on stage.

Since the lyrics have sort of a teasing tone when it comes to talking about the man in the narrator’s life, Clarkson had a bit of fun with the song by singing it directly to her guitar player and picking on him a little.

However, it isn’t Clarkson’s comedic take on the song that won the audience over, but her beautiful voice. Although she is a pop artist, Clarkson was able to make her voice take on that classic country sound we all know and love.

Toward the end, Clarkson hit and held out some of the high notes with absolute ease in a moment that is sure to give anyone chills. The audience roared with cheers and applause once Clarkson finished singing, so we’d say that they enjoyed her rendition of the song!

You can watch Clarkson sing “Stand by Your Man” in the video below.

What about you? If you were at one of Clarkson’s concerts, what country song would you ask her to sing?