By Jennifer Pernicano on September 26, 2022
Advertisement 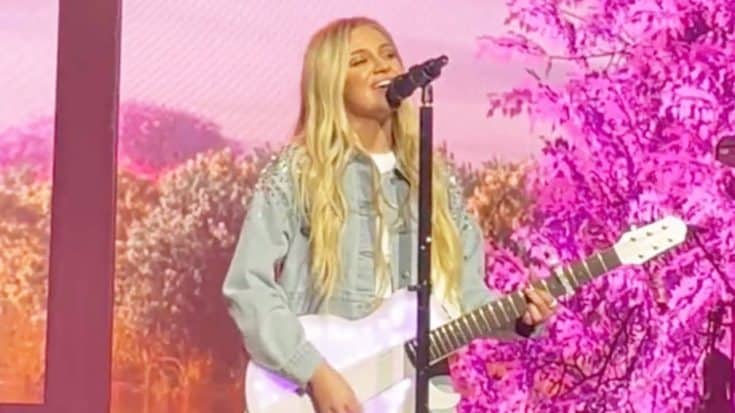 It seems Kelsea Ballerini is in a different place than when she wrote this song months ago. The country singer recently dropped her fourth studio album, Subject To Change, and apparently she is taking that title pretty literally.

the journey starts with taking the power back from the fear of change and blissfully accepting that it is inevitable. the journey ends with peace of knowing that what i have now is meant for me. the in between is yours september 23rd. two weeks my friends. ? pic.twitter.com/mmuIfvXtEk

Prior to the album’s release, she already dropped two singles, “Heartfirst” and “Love Is A Cowboy,” and she also released “What I Have,” along with an accompanying music video on September 1st.

In the song, she sings about being grateful about where she is in her life, and at the time she wrote this, she was happily married to rising country star Morgan Evans.

The pair announced their divorce on August 29th, with Ballerini writing the following in an Instagram Story:

Shortly after her announcement, Evans broke his silence on the divorce news, by saying:

Now that the album is out, Ballerini is already touring and hit the road for her 10-night Heartfirst Tour, which made its first stop at Radio City Music Hall in New York City on Saturday, September 24.

for someone who loves words, i really don’t have the right ones to capture how last night felt. pic.twitter.com/mVBJ6hSQ9q

Because of the major update in her life, Ballerini changed a few song lyrics to represent where she is in her life – single.

According to concertgoer Rachael Ellenbogen, the singer changed lyrics in her song “What I Have,” which she co-wrote with Alyssa Vanderheym and Cary Barlowe, from “I got a warm body in bed” to “I got my own body in bed, doing all right.”

Us Weekly reports that she also changed the lyrics in her 2017 song “Get Over Yourself” from “You can tell your friend it’s all on purpose that I’m the crazy ex that wrecks your life,” to “I’m the crazy b*tch that wrecked your life.”

The crowd erupted during both changes, showing that her fans are fiercely loyal and will noticed the smallest of changes to her music.

Watch her lyrics change to “What I Have” below.

Kelsea Ballerini changing the lyrics in WHAT I HAVE from “I got a warm body in bed” to “I got my own body in bed” in the wake of her divorce.

Also, she was so incredible tonight. Go see her on tour if you can❤️#SubjectToChange #HeartfirstTour pic.twitter.com/bjnykqYf9Y